Stabilizing Aid (By Eldrige) by flamecoil 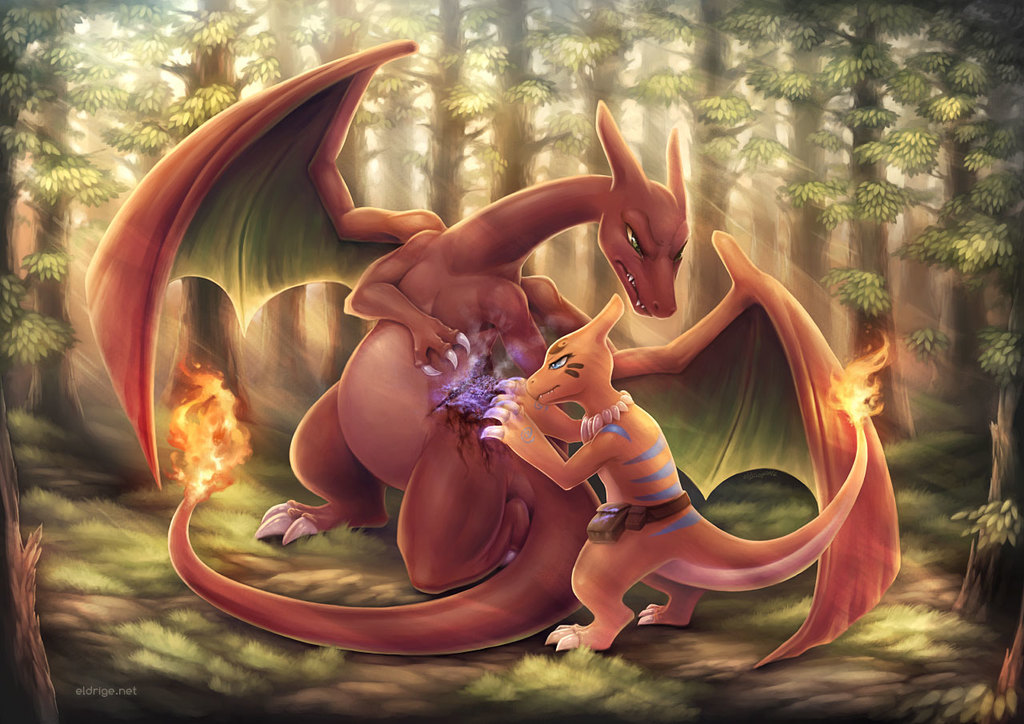 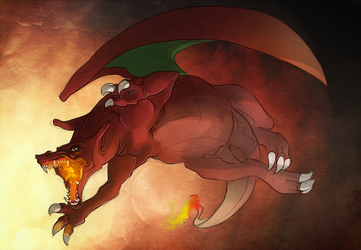 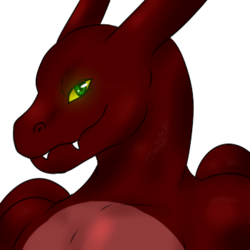 Most who know Charkol can easily tell you that he's a fairly sociable charizard, but seems to lack a deep understanding of larger social structures such as clans, guilds and the like. Despite his lack of thorough involvement, he often exhibits curiosity when given an opportunity to learn about a new group. As a result, when traveling far from his own territory, the maroon male had the golden opportunity to run into Foloria, a charmeleon hunter from a nearby clan. Starting with an inquiry into her tribal markings, Charkol picked up information about the large congregation of their evolutionary line -- the Charcor --over the course of many meetings with Foloria.

Those visits to sate Charkol's curiosity about his new-found friend and her clan kept him in the area for couple moons, requiring him to lay claim to a small chunk of mountainous area away from the sulfur plains Charcor inhabited in order to avoid any conflict with them. His location kept him far enough away while also providing enough potential for his own hunting and exploration needs. Although he had gotten to know about Foloria and her allies, he hadn't delved into topics regarding other clans in the area, and such ignorance brought swift punishment. While exploring the caverns below his temporary home, Charkol discovered he had been infringing upon territory controlled by an aggron clan. A quick skirmish in a volcanic area of the subterranean region left the maroon charizard victorious, but critically wounded for his travels back to the surface.

Being a fire-type, Charkol's attempts to cauterize his own wound proved to be difficult in his weakened state -- stifling the bleeding to an acceptable level took time. Once he mustered up the strength to travel back to the surface, it was quite obvious that he couldn't risk recovering alone for the night, so he resolved to finding Foloria in hopes of preventing his health from descending into a worse condition. Charkol mixed short flights with a slow walking pace to make his way back to their meeting point. Once he had made his condition clear to his friend, Foloria quickly began to use her medicinal supplies to truly put the charizard on the road to recovery.

This piece was gifted to me kindly by LithiumArragua!

Original Upload - Please go show some support to the artist as well by leaving a favorite and a watch!