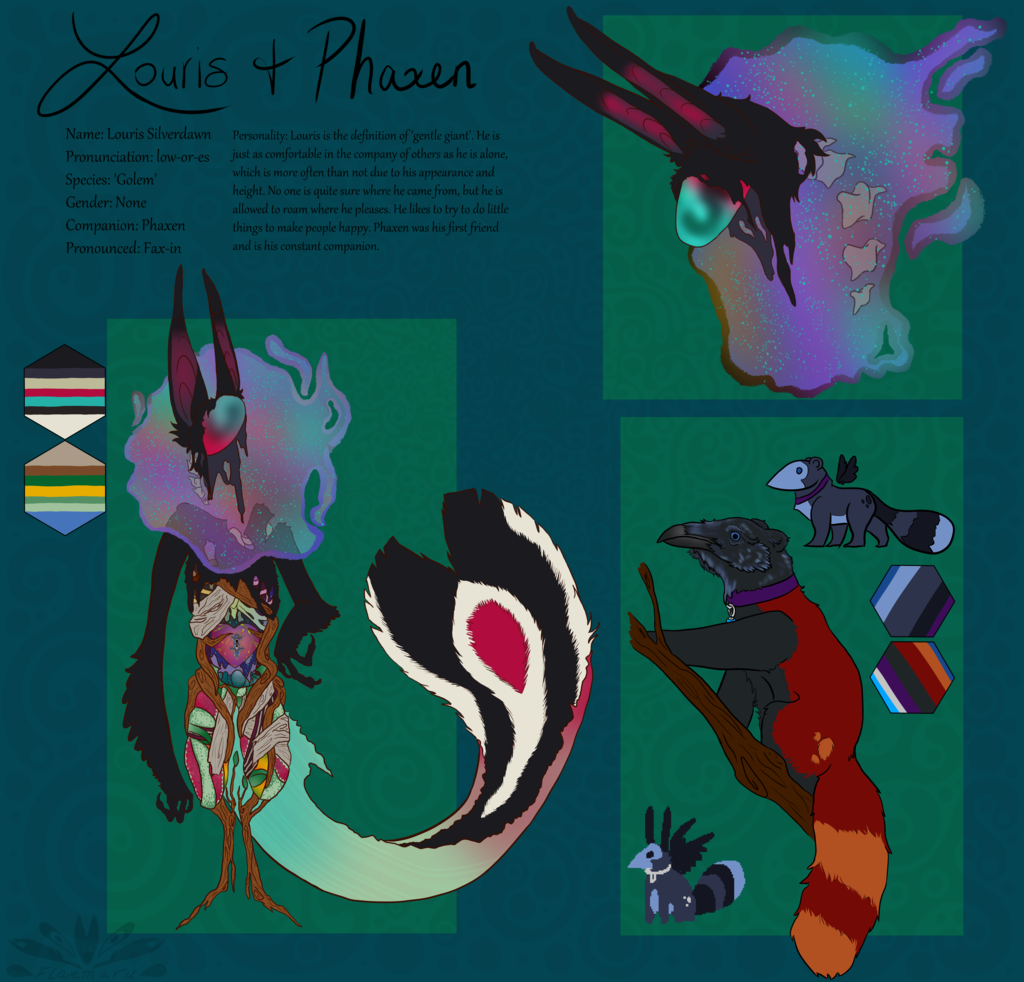 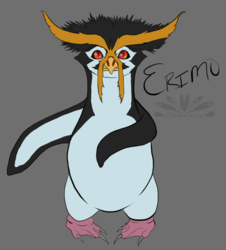 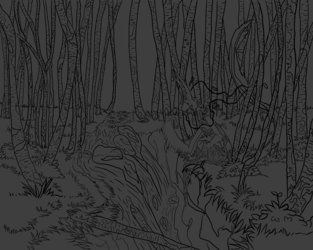 I'm not sure where to start with this one so. Louris is a very personal character for me as he IS me, essentially. And while Phaxen started off as an adopt from Immonia/Adopt-Monstar he was perfect for helping me represent my family (David and Phoenix).
Technical stuff: I've been working on this on and off for about a month and I'm quite please with it and myself (mostly for not losing motivation). I have no idea how to make nice looking proper reference sheets so I apologize for it's plainness. The background was some random pattern I found on Google that I liked and added because a plain grey background made it more boring to look at than it already is. I also got a bit lazy with Phaxen's side after having spent so long trying to get Louris to look how I wanted, but the important things are still there.

Background: I was born broken, but whole. That probably doesn't make any sense. The easiest way to explain it is to just be honest. I was an unwanted pregnancy. My mother learned too late for safe abortion options that she was pregnant again (she had my older brother, then 5 miscarriages, and then me). As such, and apparently not wanting another child at this point despite telling my dad the opposite, she took matters into her own hands and started doing what she could to try to terminate. These things included (but not limited to) throwing herself down sets of stairs, drinking heavily, and doing drugs. I'm convinced she had done these things before, which is why she had so many miscarriages. My dad noticed as much as a person who worked two full time jobs could. She didn't and refused to work so Dad worked a lot, for both of them, to try to provide for me and my brother. Fast forward 9 months, she's in labor, has complications, requires a C-Section (she blames me for scarring her body lmao). I was born with both my hips dislocated and the umbilical cord around my neck. My right leg was also short than my left. We would later learn that I had no knee cap or fibula. The doctor who delivered me turned straight to my dad after realizing something was horribly wrong and said "Do you want me to kill her?". Which landed the man in teh floor with a broken jaw and my dad had a lawsuit on his hands. Dad won said lawsuit because who the fuck in their right mind would ever say that? (It's on a video tape at my dads somewhere) about someone's kid. No one sided with the doctor. But this isn't really about that.

Somewhere between then and now I learned a lot of things. Things from rage and hate and just how much energy it takes to stay mad all the time, to being at rock bottom at a young age and wondering if life really is worth living, to betrayal from various sources, to wondering why things are the way they are or why people feel the need to consistently tear others down just to make themselves feel better, to learning to let it all go and that if that's how they're going to be then it isn't worth your time and effort, to a love that lasted over a decade that will hopefully go on for many more, to love in its absolute purest form and nothing makes life as sweet. I've lived through many deaths and have created life as well.
Louris has also experienced these things because he IS me. Nothing makes me happier than being out and about among the trees and wildlife. Nothing feels better to me then standing outside with a cool breeze blowing through my hair. Nature makes me happy. Louris is nature. He is combination of life and death and something greater. I am not a religious person, but I do have faith. I have faith that there's something beyond this, something more, something most of us just don't see or have chosen to tune out.
So with all of that in mind, that is why Louris is made of plants, dead things and for lack of a better term, magic. He also has his own disability. His right arm is longer than his left. I thought about making his legs like mine, but honestly, it's a huge hindrance to have a short leg and a 25 pound steel leg brace TAT. A longer arm sounds way more cool. His heart has been broken many times before but has always been pieced back together. The best way I could think to depict that was through the Japanese art of Kintsukuroi. I've also always been told that I wear my heart on my sleeve, his isn't on his sleeve but still (I thought this was a cute and amusing way to depict this) and much easier to come up with than 'you're an open book'.
As far as Phaxen goes, as I stated, his original design was an adoptable but he represents David and Phoenix quite well (especially with his color change). David has a kinship with corvids (in this case a raven) and what better animal to represent a rambunctious 10 year old with flaming red hair than a red panda? In mythology, Ravens are associated with the dead and lost souls, while the Phoenix is life and rebirth. While not as grandiose of a background for him, Phaxen is still an important part of Louris' life.

Please do not use without my permission.