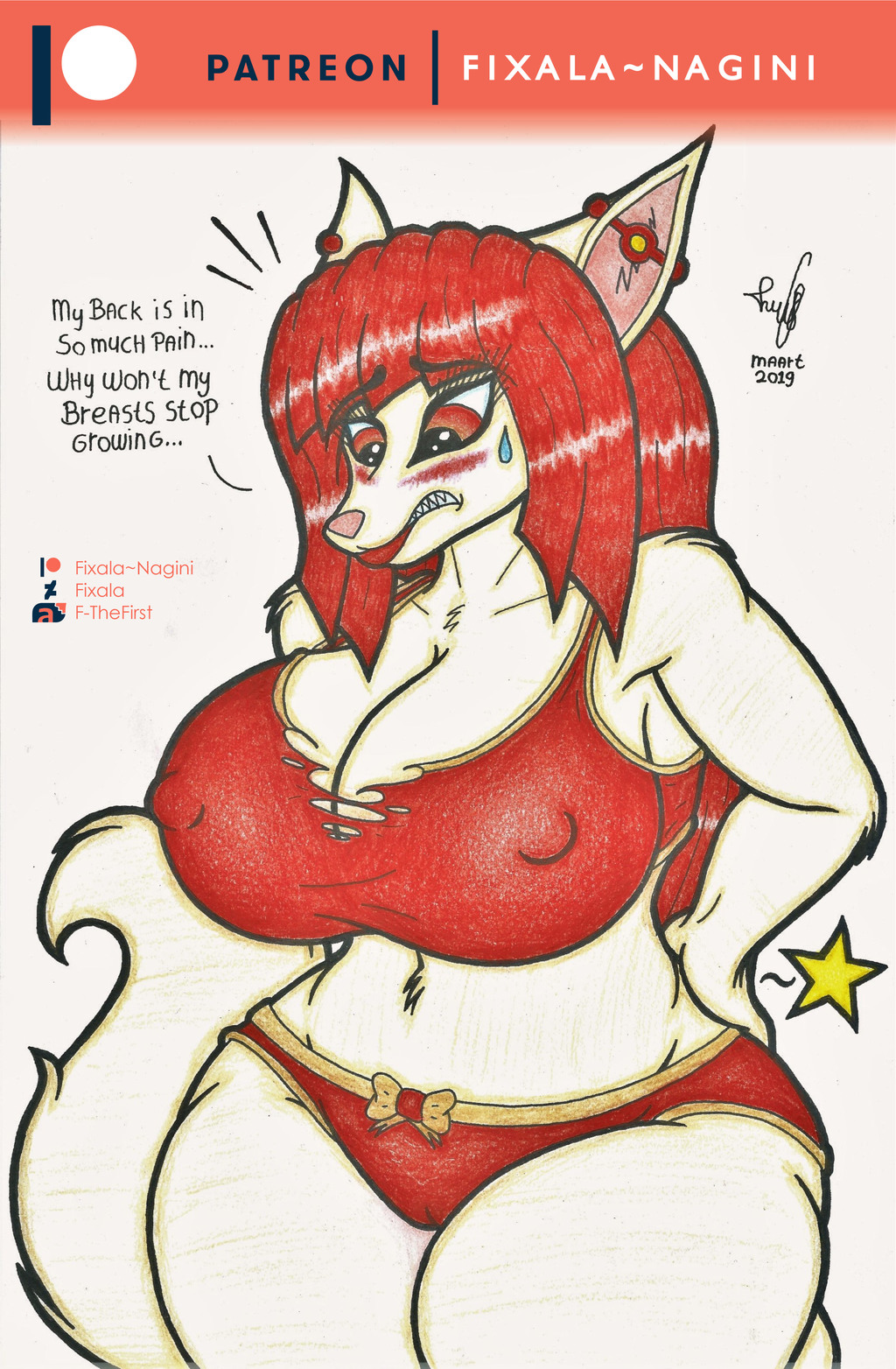 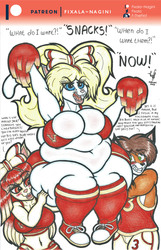 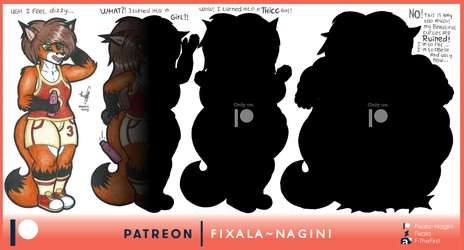 Concider supporting me on my Patreonpage and get acces to all of my special content! ;p https://www.patreon.com/FixalaNagini

This is Magna 10 years later as a 26 year old woman. As you can see, her breasts have grown to an imense size! They have gotten so big, that her back hurts a lot because of their weight.

After Magna finished highschool when she was 18 years old, she of course had to leave their school cheerleading team. But luckily she got accepted to perform in the adult cheerleading team of Vellacity! But 5 years later when she was 23 years old, she had to leave the team, because of how big her breasts had already gotten. She didn't fit into the uniforms anymore and all of the jumping caused her boobs to bounce up and down very uncomfortably. She did however atract a lot of guys to the national stadium everytime they performed. She also recieved more and more lovenotes!

And when she was 26, things started to get out of hand. There were no bra's available in the size she had reached at this age. Also normal clothes were becomming a problem. She had no problems fitting into pants and skirts ( although she needed size XL because her hips and thighs had also grown pretty big ), but shirts and tops were very difficult to find with breasts as big as Magna's. In the picture she's wearing her pyjama outfit she bought 1 year ago. She intentionally bought it a few sizes bigger than she needed back then, but is 1 year later already starting to grow out of it. Magna has considered a breast reduction operation because the weight of her breasts was starting to get a little too much to handle. But she always holds back, because her imense breast have also a positive side. She finds them very beautiful and matching with the size of her curvy hips and thighs. She also doesn't want to have a surgery that's gonna leave ugly scars on her beautiful breasts.