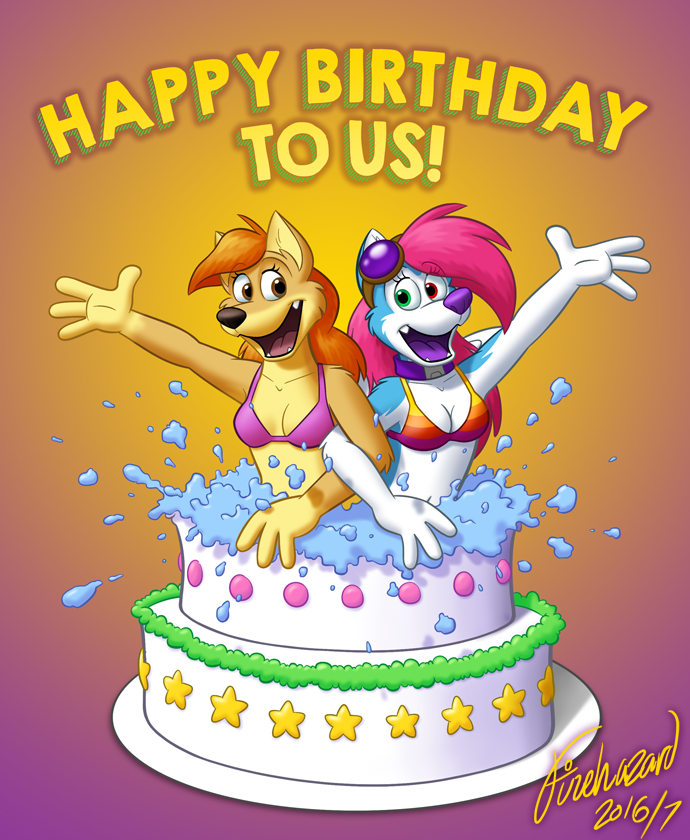 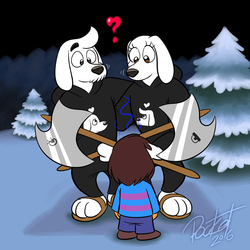 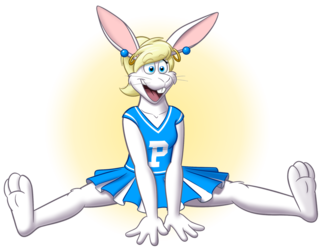 Continuing the trip through memory lane recreating pictures on their tenth anniversary, this time the first picture I ever drew exclusively for FurAffinity.

Since Kritterfox seems to have abandoned his account here, I figured the beneficiary this time around should be... well, Cheyenne herself. But then when I looked over the list of when my characters debuted (of course I keep a list), I realized that Klee Shay's first appearance was on the exact same date three years later! So here's the pair of them commemorating each other's ten- and seven-year anniversaries. ONCE AGAIN I AM THE BEST AT TITLES.

EDIT 9/28/2017: I really wasn't happy with how the two of them turned out so I basically redid the whole drawing except for the cake. I know it's a bit of a cop-out but it was driving me crazy. Also took the opportunity to debut some changes to Klee's design that I've been planning for quite a while—a new collar and purple skin-flesh.