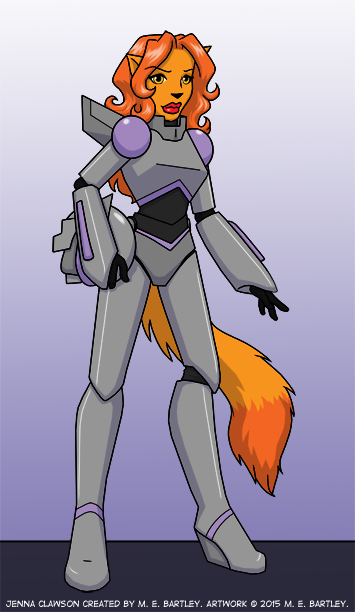 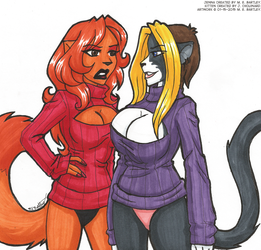 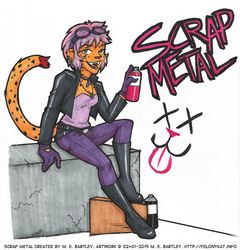 Completed commission for "Boo Destroyer".It’s always a surprise when someone commissions me to draw one of my own characters, and makes me feel happy someone else likes my ideas. This one is for a guy “Boo Destroyer” who remembers ancient art of mine. LOL Jenna is one of my oldest characters and when I first created her over a decade ago, she was going to try and help protect the city via a robotic suit she designed.

Bubblegum Crisis is one of my favorite anime and at the time of her creation they rebooted the series so that was a big influence. (I prefer the original version of BC in the late 80s… ) I later realized that it might be seen too much as a rip off so scrapped the idea and the fic that went along with it (plus she ended up becoming a baddie anyway XD). However Boo liked Jenna and her robotic suit and commissioned this. I had to dig through old art to find the original pic but I tweaked it anyway.