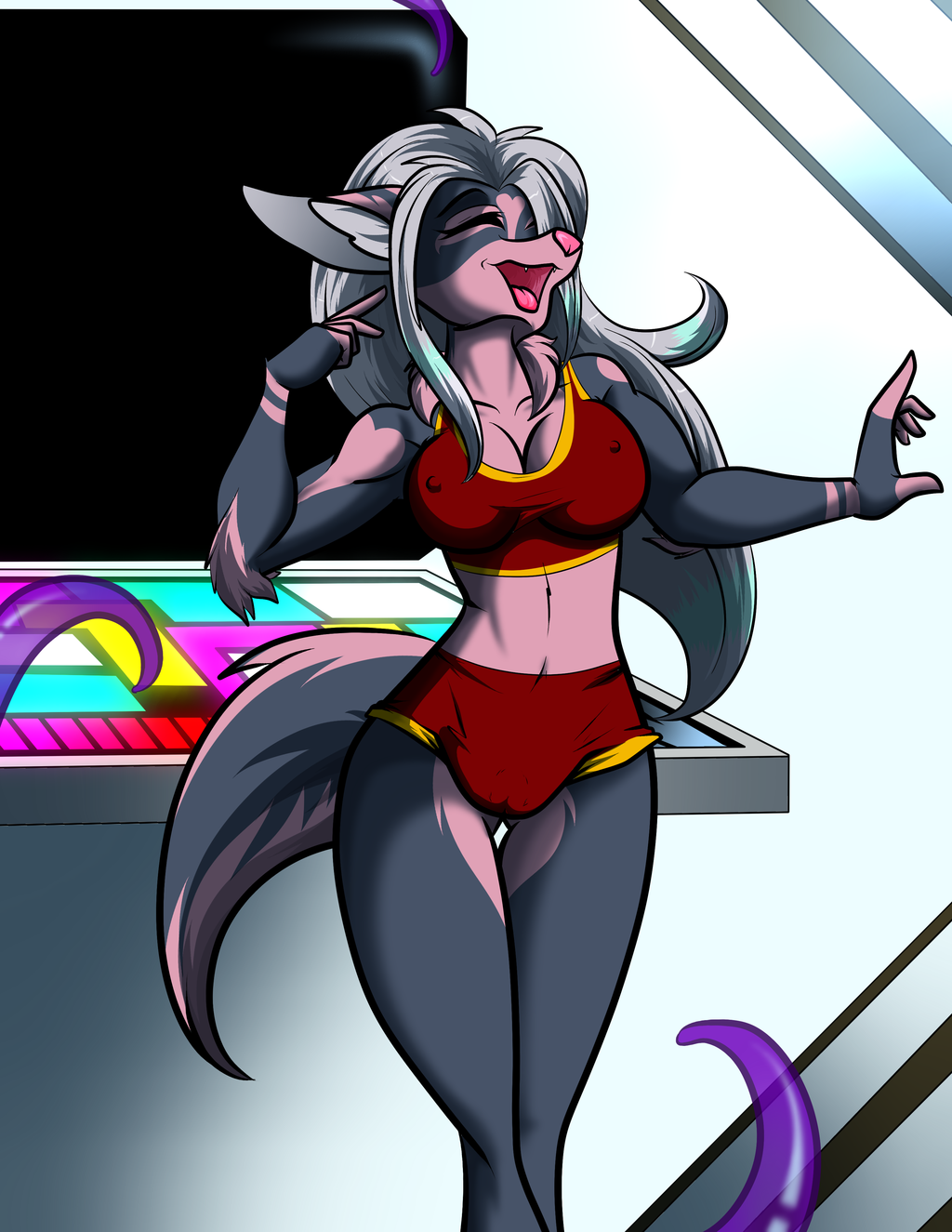 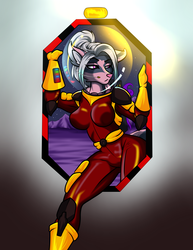 Carmen stretched her limbs as the airlock hissed closed and locked securely. “Computer. Commence preparation for launch.” she said. A soft beeping noise acknowledged the command as the wolfess walked off further into the shuttle, leaving the unknown blob behind. It swayed softly as if it was looking around. The blob had no eyes to speak of. It just rolled this way and that. The creature trilled softly; vibrations slowly rippling up its gelatinous form as the thrusters of the engines kicked in, propelling the shuttle away from the moon.

“A suitable environment I think.” came a soft alien voice from the creature before the blob began to grow suddenly. “Oxygen rich. Moreso than should be for such a plant barren place. Prospect host seems to need the element to be prevalent in its environment to survive. That suits me just perfectly.” said the creature as it continued to grow, taking on a more defined shape now. The upper half was humanoid in shape, a rounded head, shoulders and arms but still no eyes. The lower body was comprised of a mass of writhing and wiggling tendrils. The texture of its body hadn’t changed, still a gelatinous mass, but with its new shape it was able to move around more freely, and its head turned as the sound of footsteps came down the hall. The creature began to shrink again as it moved to hide. Carmen was coming back this way.

“I can’t believe I forgot to send them the report. They’re probably mad at me.” said the wolfess in a slight rush as she came back into the room. “Computer, bring up the data my helmet recorded during that last repair, and the spacewalk before it.” she said as she reached the computer terminal. The information flooded the screen as the wolfess looked it over, sifting through the data silently as she went. “Prospect host is back. Perhaps this is the best opportunity to…’introduce’ myself.” thought the creature as it stared at the canine from behind a computer terminal. Its vision so to speak was heat based. All blue with the outline of Carmen’s body red from her heat signature. Slowly it moved out from hiding and approached her from behind; she completely unaware of its presence.

“I don’t want to be doing this right now. After a successful mission like that I’d rather relax a bit.” said Carmen to herself a moment later as she closed her eyes to take a break from the stream of information. She focused her hearing and could hear the beat of the music coming from down the corridor. She had just queued up some of her favorite songs and couldn’t help busting a little groove as she took her little break. Little did she know that danger crept up on her silently in the form of the tendril laden creature approaching her now.

Carmen and story by electricfox777
Art by me, fc32