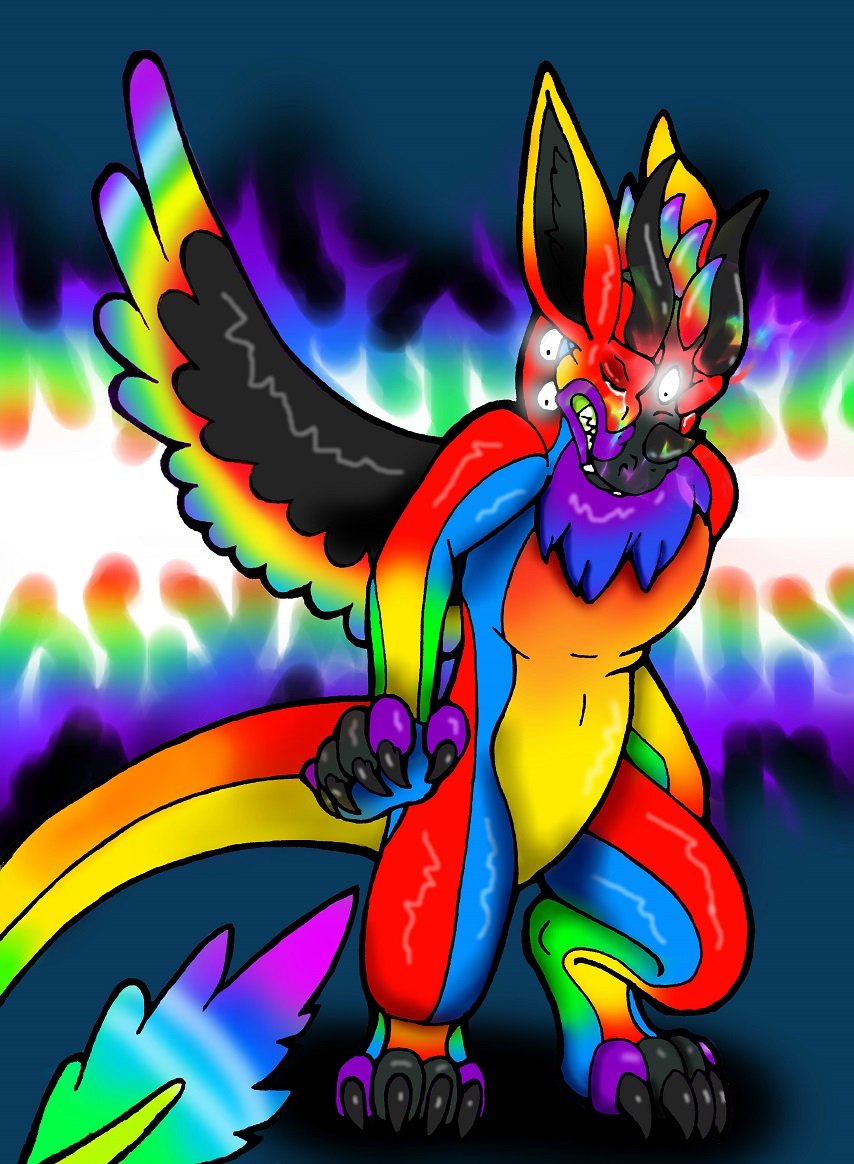 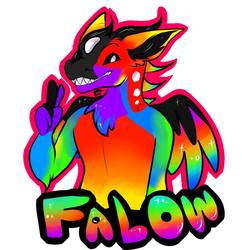 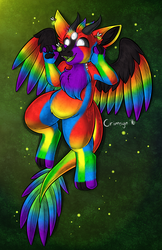 Falow may be seen as a happy go lucky creature, but while there is some truth to their happiness, there in lays a lie.

Having fallen to the abyss when the great war caused the casting out of paradise and removal of the spectral ring from their muzzles; Falow and their sibling were corrupted by the darkness, their minds warped, their forms demonic. It was not until the death of their sibling did Falow's mind become able to snap from the maddening darkness, in a panic they tore themselves from the nightmarish realm and found freedom.

While they had escaped the abyss, the madness remained in their soul, their mind, forever whispering cruel, wicked thoughts to the back of their skull.

Changing their colors, putting on a mask of laughter and embedding crystals within their form to feed from the laughter/happiness they spread to others; Falow was able to keep their madness locked within... Yet there are times where high stress, deep sorrow, anger arise... and the abyss madness comes forth.

When Falow's mind is consumed, their eyes shut as they are tossed into a deep slumber, locked away, while the abyss controls their form like a puppet. the crystals turning into 'eyes' for the madness to see through.

The longer Falow is taken by the darkness of their soul, the more their form begins to warp back to what it was; a demon of the abyss. If fully turned back to their monstrous form, Falow will become permanently corrupted, never able to break free again.

While I enjoy drawing Falow as a goof ball and happy, their backstory is not always flowers and sunshine. I also rather enjoy drawing their not so friendly side ^^