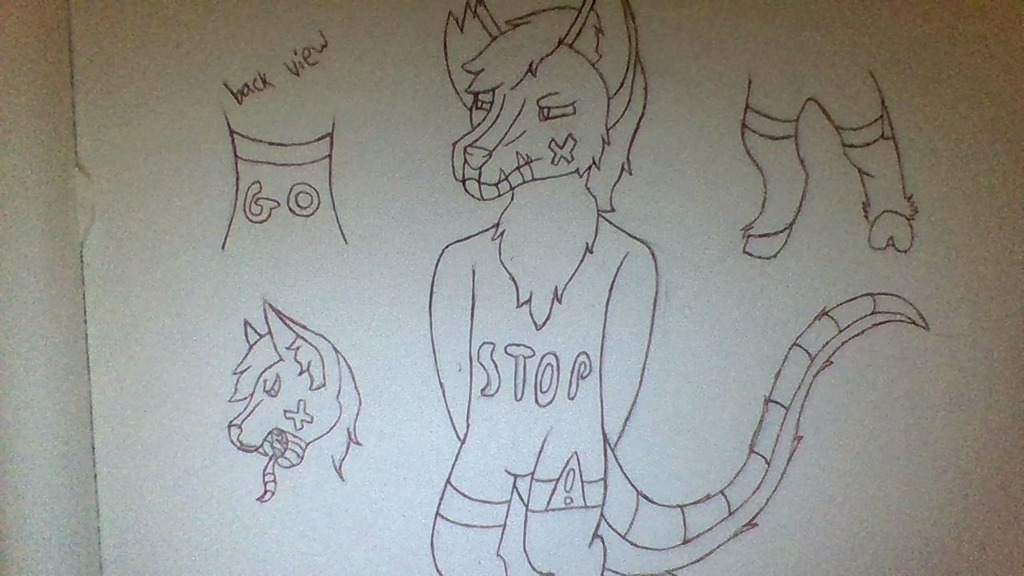 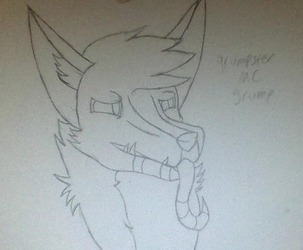 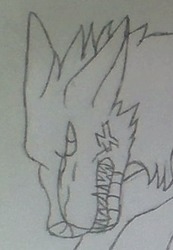 My reference sheet for my asshole

General Appearance: Their eye color is red while the main fur is black and the markings are either red or green and he has cloven hooves
Strengths: Being an asshole, Brave, Flexible
Weaknesses: People skills, Social skills, Caring, Generous
More: N/A

Current Goal/Purpose: N/A
Talents: Parkour, Archery, Singing
Inabilities: Drawing
Fears:
General Personality: He is generally really pissy around people and tends not to get along with them that much
Inner Personality: He's actually really caring on the inside he just doesn't want to show his weak side to strangers
Secret: N/A
More:

General History: His parents abused him when he was a child causing him to act out on people and causing his normal happy personality to drastically change into what it is now.

Present Life: He is currently living in Chicago making a living off of doing stunts for movies.

++I MY EDIT THIS IN THE FUTURE AND ADD SOME THINGS++