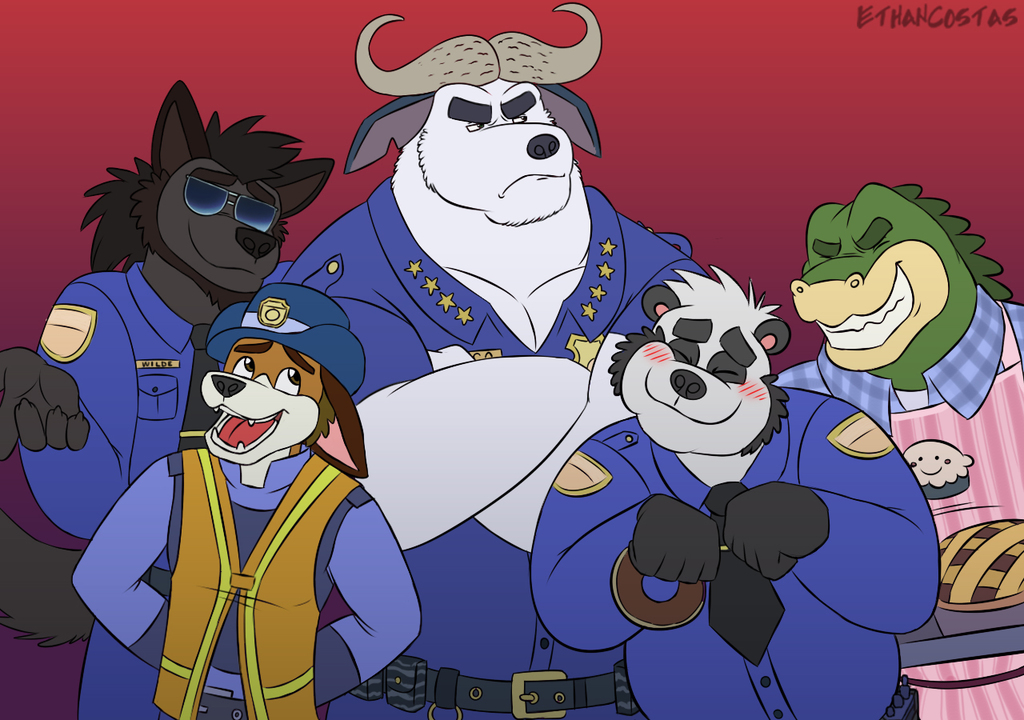 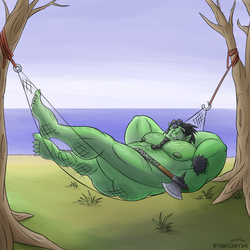 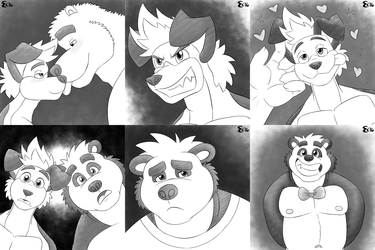 So this October, Ethan has four different Halloween parties to go to, so he has put together four different group themes for him and his friends each week!

We got Lann as Nick Wilde, Ethan as Judy Hopps, Mark reluctantly as Chief Bogo, Cody as Benjamin Clawhauser, and Ryan as Gideon Gray

So it took some convincing (and some forcing) to try and get Mark to dress in the Chief Bogo uniform (and head wear) but Cody sure loves it (He's got a big crush on Bogo). Mark wanted to go as Koslov like how he was dressed up a while back, but Ethan insisted that they have a Chief Bogo in the group (Also to be fair, he's got the right body type~).

Have a good and safe Halloween everyone!