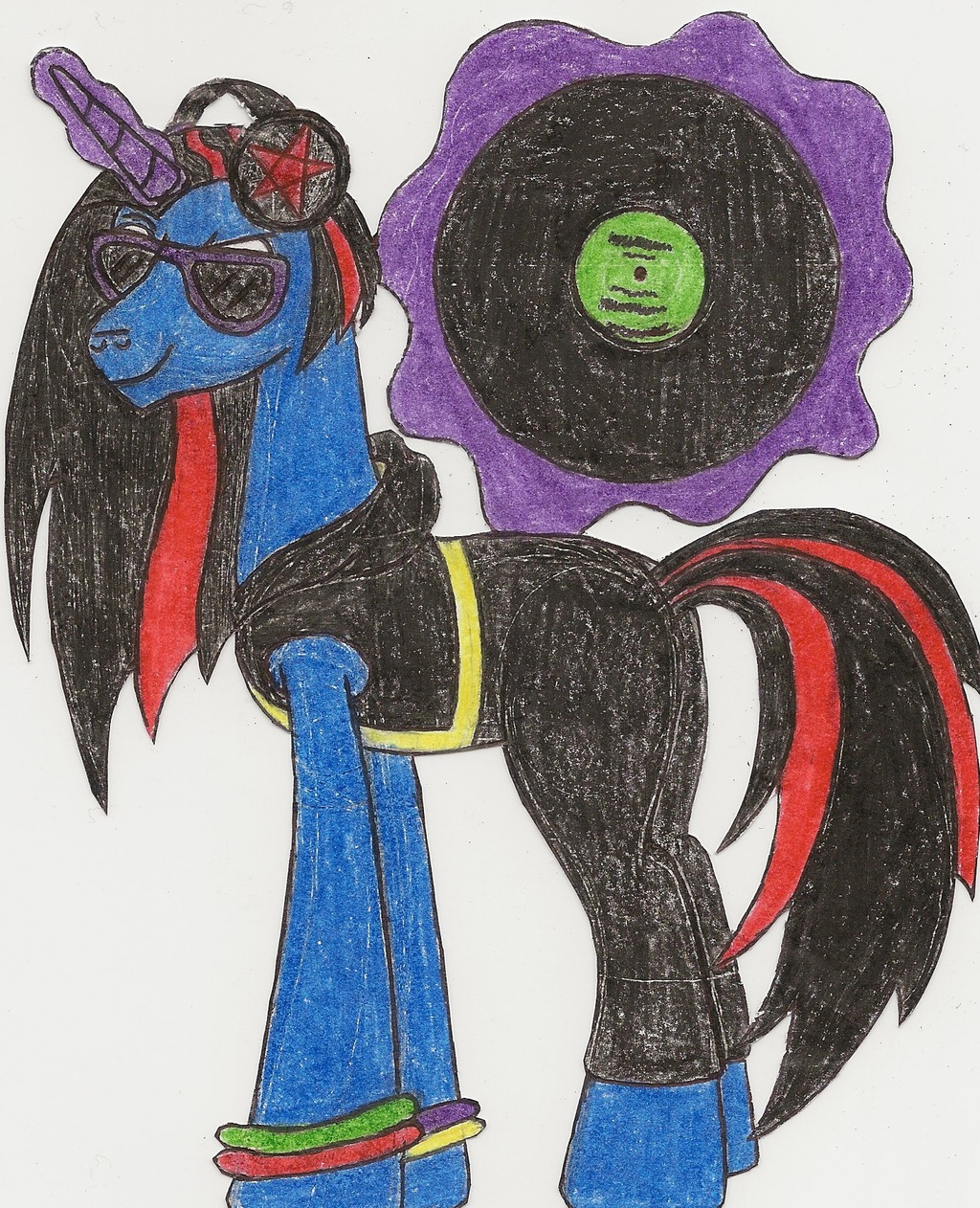 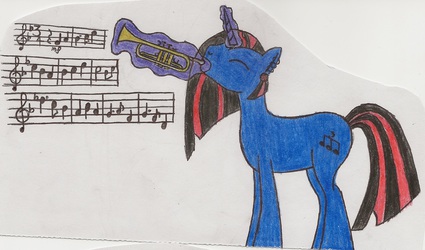 Yeah, so here's Triplet in his DJ attire. Not all that different, but when there are multiple flashing colorful strobe lights and deafeningly loud music being shoved into your face, I'm pretty sure it'd be at least a bit difficult to recognize him. Plus as DJ TRIPLET, he's much more confident and cool.

I'm actually really happy with how this came out tbh. And for the record, yes Triplet is small but that is an abnormally large Vinyl. The only reason there's that yellow...thing beneath his belly and on his side is because I actually messed up on a pen stroke while I was inking this, but I tried to make it work anyways :/

Also, yes that is a Pentagram on his headphones