Nanna and Skadi (clean) by endlesssmile 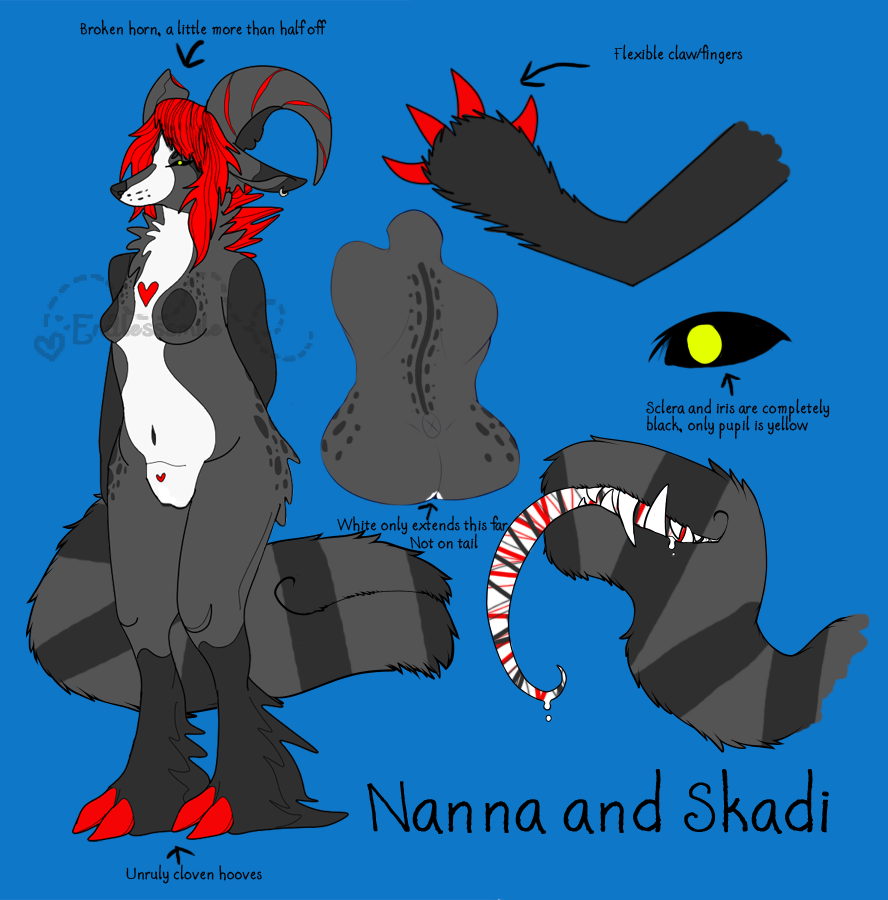 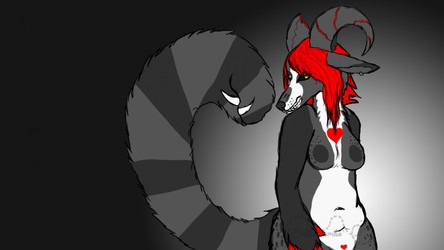 Introducing my new fursona: Nanna. Super excited about her, so maybe she'll actually stay lol. Probably the best felt I've been about a sona since Ammy so I think so. The best way to describe what she is is some sort of monster.
Anyway Nanna has been a nickname for me since I was a kid but I didn't really think to use it until I saw Nanna was also the name of a norse goddess. She's the wife of Baldr and dies of grief when he passes. Anyway, I digress. I like the name and it's personal to me.
Skadi is the tailmouth, Skadi is a jötunn and goddess in norse mythology, the name is said to mean "harm or shadow" so it seems appropriate.