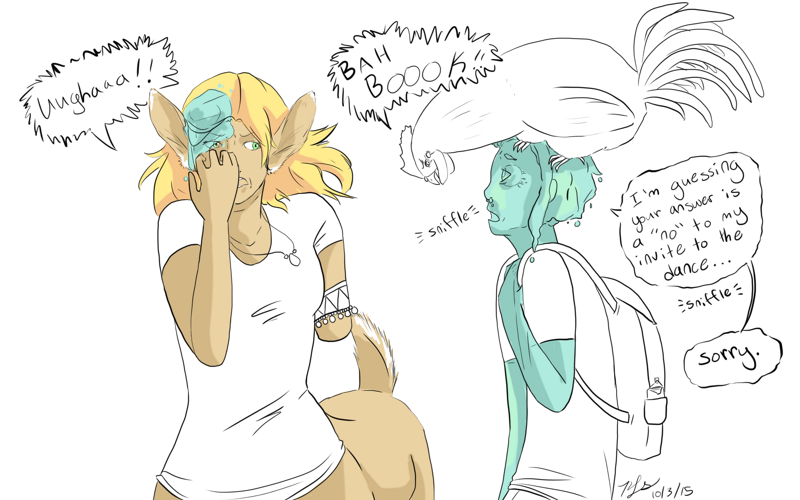 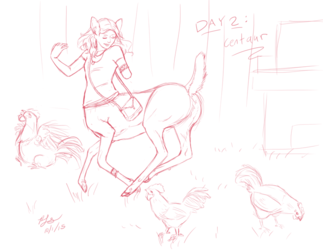 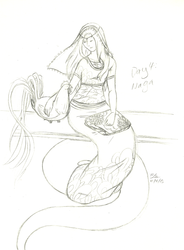 Featuring the centaur girl from day 2. XD And if you don't know what's going on- she sneezed on him.
Don't worry, though. She didn't say no because he sneezed- she said no because someone already asked her plus Slime boy gets asked out by someone else later. Originally the slime boy was going to say "Please don't let your rooster eat me."

Also I was practicing with expressions. It was kind of fun making her look so horrified and disgusted. XD