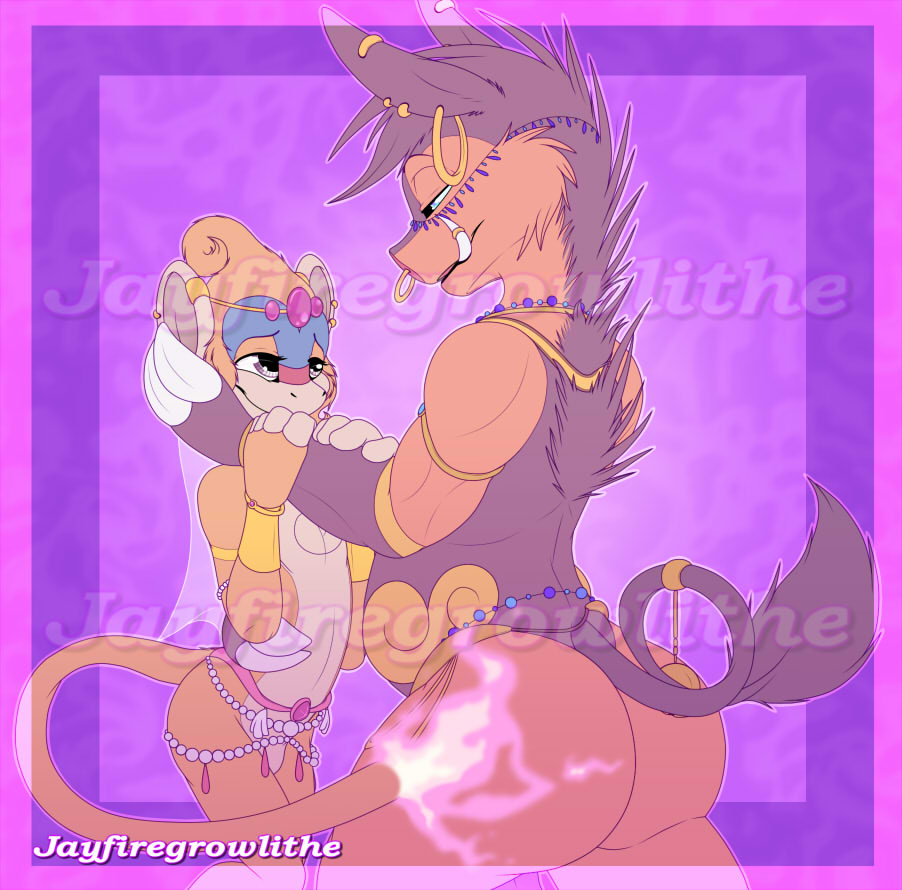 Commission slots are not publicly open/available, don't send me comments/shouts/notes asking for one at this time.

My Pignite with her Monferno, Monica. The monferno gets her jeweled attire and gets married to Pignite here.
Based off a RP we have going on hold with these two, a harem themed alt AU. Meaning revealing getup in the form of jewelry, polygamy, and sexy stuffs be going on. ;D

They aren't married as of yet in the AU, but this can be thought of as a pic taking place later on within it if we get to that point. :3

Enough of my rambling. Anyways, to get serious for a sec these last few days have been rough for me emotionally, I had to force myself to work on this pic while going through a bad depressive state. Still feeling it, but I do feel proud of this piece despite the shit mood I've been in.

Monical's much smaller than this, as she's little over 2 1/2 feet tall, and Pignite is supposed to be larger than average in scale, but I had to make some adjustments to make it work.
There's a version without the filters, but I'll post this one instead, as I like the softer colors. <3