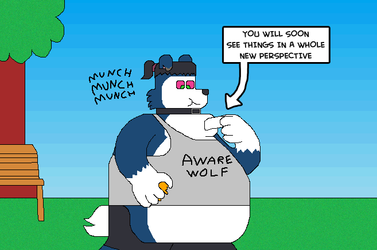 On the plus side, i bet Leroy's defense stat went way up with his now massive belly.

As of 5/1/2018
I have decided to restart my comic, I've been considering this for a while now mainly because of all the retcons i've been making to my characters.
rather than remaking the old comics, i decided to just reboot the comic. however, i will remake a select few comics from time to time.
I also gave the comic a name. It is called "A Slice Of Life". Honestly, i couldn't think of a better name for it. Oh well!