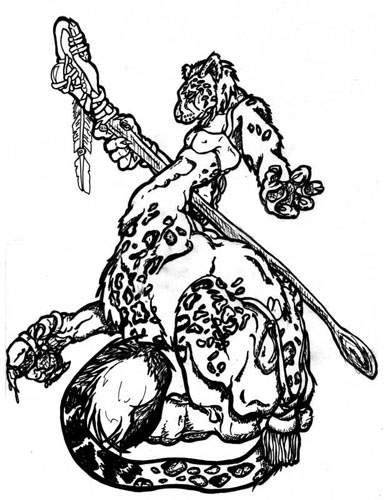 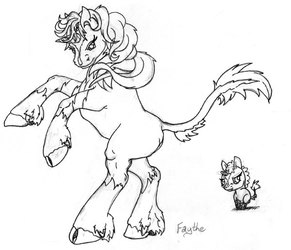 This was a character I had created for a chat-rp. She is a young (teen to young adult) feline 'taur based on a snow leopard. Her core body is heavier, much like the snow leopard, which further enhances the youthfulness of her upper torso.

She was designed without consideration that MAYBE if she lived in colder climates then her upper torso might be heavier and stockier also! Mind you this was created many years ago.

The final inks were done on a semi-clear acetate. It looks pretty neat hanging in a window.

She is a blood-mage. Blood is her "mana" be it her own or something else's. She follows a very Shaman-like faith, however she is not a shaman. She is more of a warrior then a healer.