A Healing Hand - By Vaporeon249 by DragonTalon 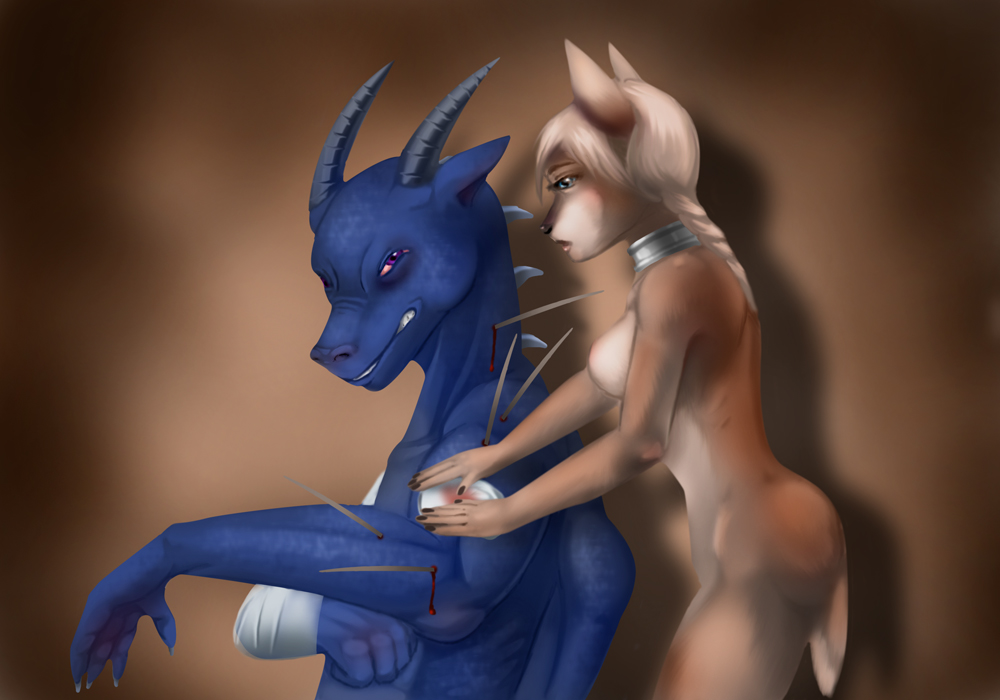 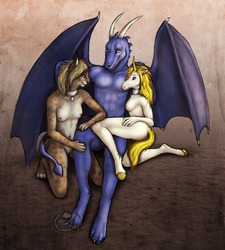 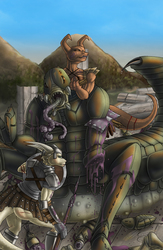 A Healing Hand - By Vaporeon249

Rahmor gets some medical treatment from a concerned furry slave medic after a nasty battle left him full of painful insect quills, broken bones and bruises the size of a small continent.

This picture has an interesting history. Vaporeon249 had written a journal requesting help with art block which was not at all what it seemed, and resulted in this image.

I wanted to give him a different idea than I usually do, so I suggested my character Rahmor getting patched up after taking a severe beating. This is unusual, as had never been drawn where he wasn't lording over some poor (or sometimes happy) furry or dragoness.

I liked the resulting image quite a bit, and it ended up inspiring Chapter 31 of my story series, exploring Rahmor's past which had as yet not been shown directly.

Thanks for the gift, Vaperon!

Rahmor and the setting is from my ongoing _Fates_of_the_Unicorns_ story series involving dragons and furries in extremely adult situations.