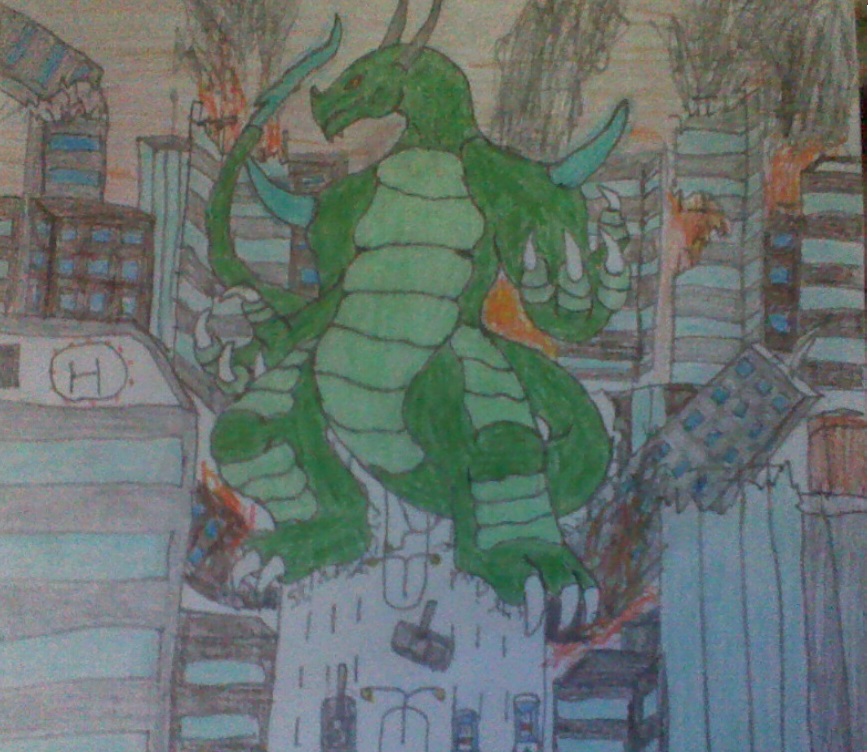 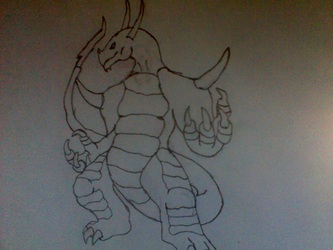 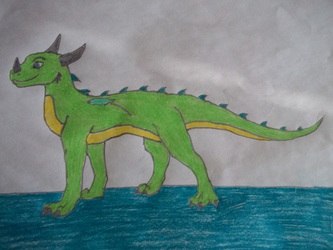 Finished that sketch I did months ago FINALLY and right in time for the new Godzilla movie!

This is Kiya as a kaiju, he's an Earth Defender, much like Mothra or Godzilla (on occasion) and protects the planet from obscure forces... Be it alien or otherwise.
Of course, humans and such never really know that, they think he's just another giant monster causing trouble.

He has a powerful beam of fire he shoots from his mouth (much like Godzilla's) He also has a blade like tail that he can use as a weapon also which can cut through anything nearly.
The Spikes on his shoulders and his tail blade glow bright blue when he is about to shoot his breath of fire or when using his tail blade.

I made the city around him a bit too big cause I wanted him to appear bigger but meh, I think it looks okay.
Also no, he did not do ALL the damage.