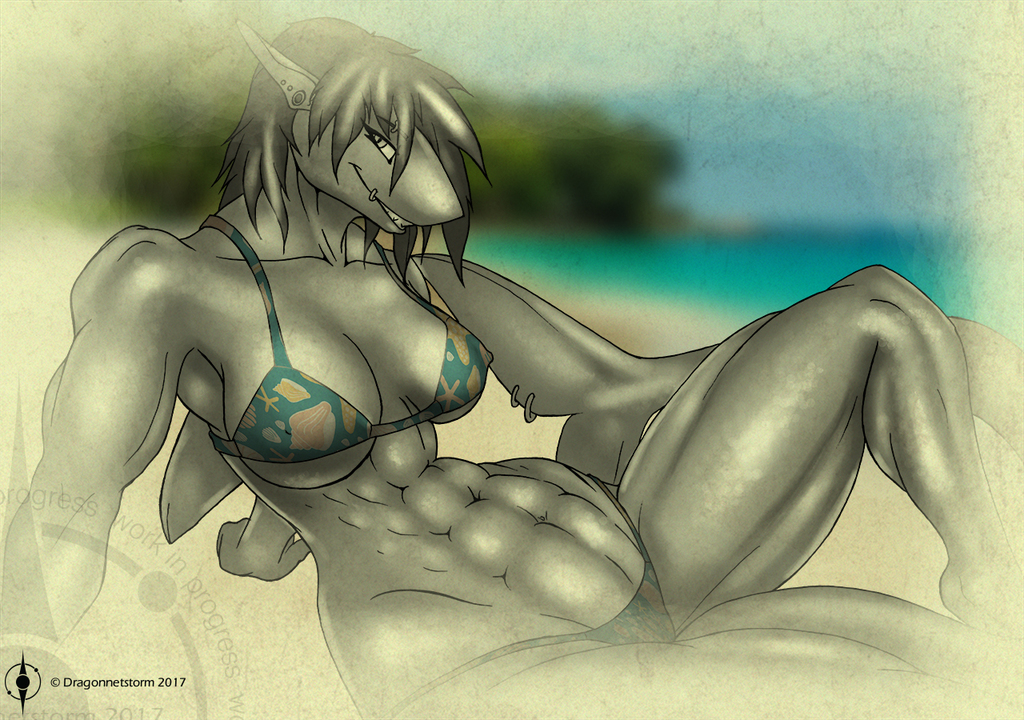 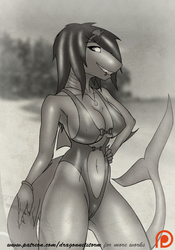 Though they are definitely family, Evette's sister and her share nothing but the same species and gender. Her sister grew into her muscles naturally though, as her sister greatly dislikes the bodybuilding mentality. And as she had little work out for her muscles she retained some of her female physique. Here photographed with another old camera, but this one shows colors.

Just like her sister, just a Work In Progress: still need to define species, but felt like sharing the inks and felt like shading her as well, this is the result so far.