Davis vs. Mario by DragomanHero 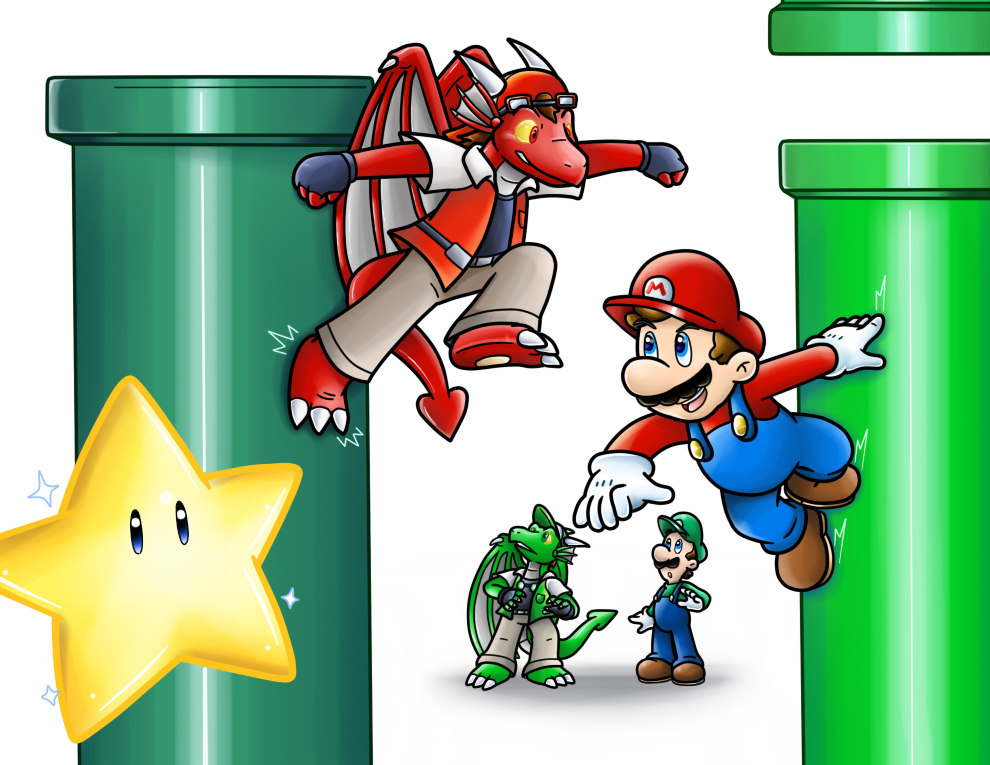 Folder:
From another artists

Looks like Draco Bros. met their doppelgangers, and their favorite heroes, the Mario Bros. It looks like Davis and Mario challenged themselves to a race toward the power star, while Colt and Luigi stayed and hoping their own brothers will be alright. Who will get the star first? The guardian, or the plummer?