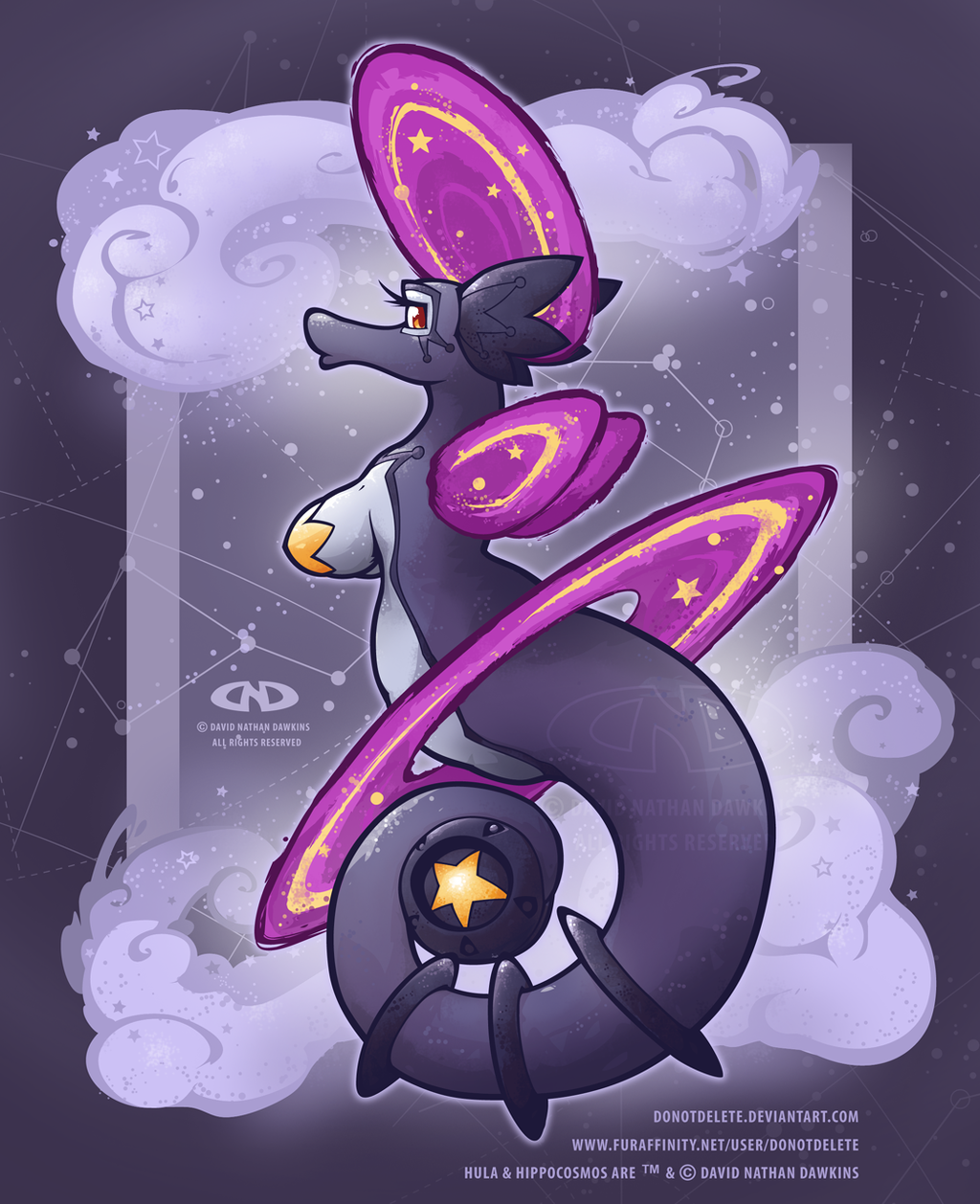 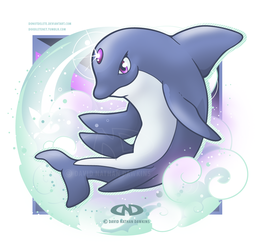 One of my original monster designs from my comedy monster comic - which I'm still in the process of trying to get up and running.

This piece took a lot of thought to get to finishing - using a different line quality for Hula's crest, fins and skirt (accretion disc) was all part of the learning curve in making her work visually - also figuring out how to colour/texture those parts so that they look like they're made up of cosmic dust took a fair bit of consideration. On top of that I'm learning how to make Adobe Illustrator and Photoshop work together in order to make a more satisfying/soft render (as apposed to 'harder' cel-shading). I am also going to upload the Illustrator only version for comparison's sake.

As well as being so challenging to draw, I think Hula is probably my most clever monster design to date. Her ability to manipulate gravity and density and create constructs from cosmic dust puts her on a level beyond that of monsters like Mewtwo. She's a formidable being - but her power also isolates her - making it difficult for her to relate to other beings (she also has a superiority complex but I personally find that kind of thing enchanting/attractive/interesting).