All The King's Men by DNAngel 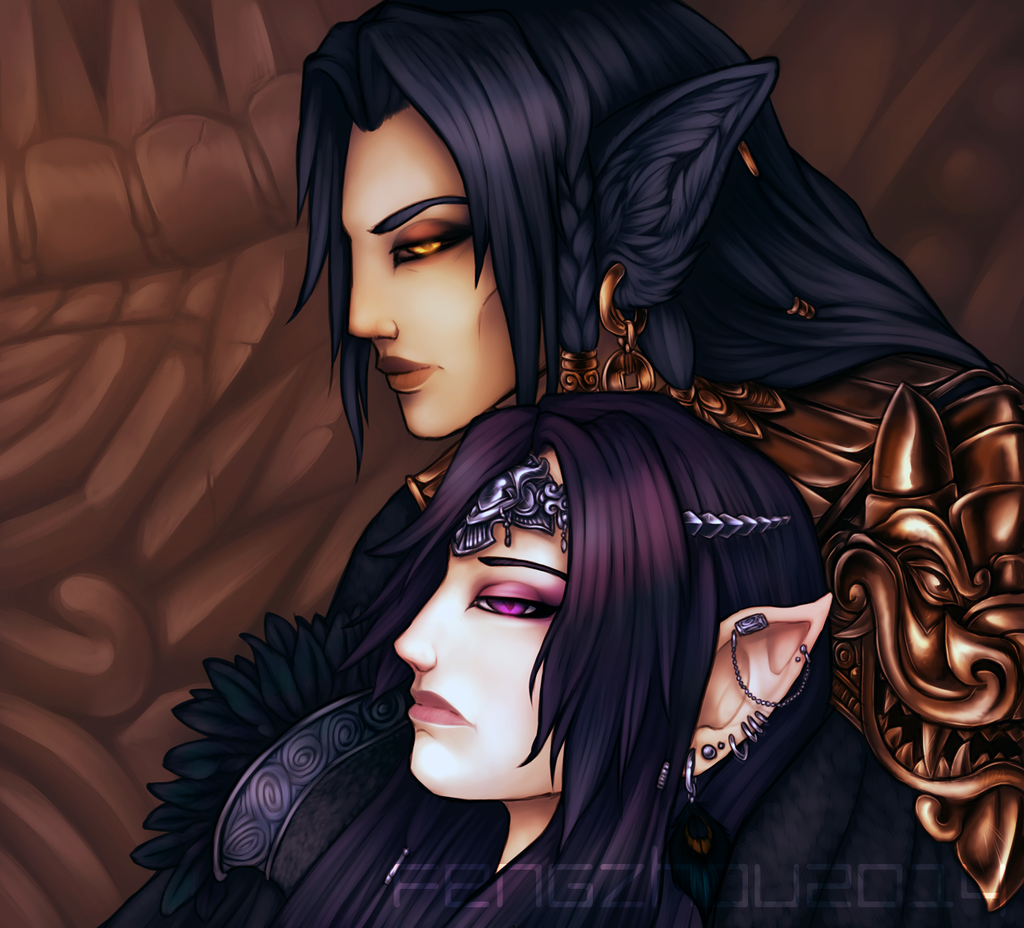 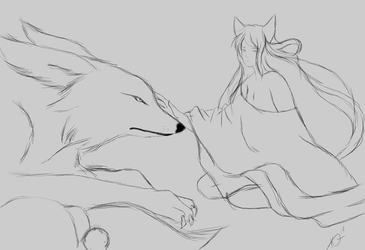 All The King's Men

War was a terrible venue for any mark of nobility, on Earth, Yasha had often watched Humans fight over petty circumstances, the expansion of a silent empire, the reclamation of resources that had never belonged to it in the first place, and religious conquest that had not been seen in such high revelry since the Dark Ages, it disgusted him to know that while the mortal world was slowly tearing itself apart, forgetting even the whispers of their existence and the fear of Death, he was locked in a struggle just to protect his lands and people.

The true meaning of the confrontation was against a truly negative force... Xiao had not given up on his vie for the throne, and with his grandchildren having to struggle to gain foothold on Gensou, the Makai was left with vulnerabilities only the eldest of his soldiers could know. Of all the men he might have commanded however, none had withstood the test of time more than the General that was currently missing from the ranks, his attentions brought forth an unquestionable loyalty that Yasha found himself seeking out under the cover of a blanket night, the chill October winds bringing the scent of festivities his people used to mask the plight of their worries...

Market stalls of sugary treats, baked goods and feast fixings all accosted him with the welcome scents of a celebration his people wanted him to take part of, a smile here, the soft stroke of a child's head there, and reluctant tastings of wine or meat brought them a sense of comfort that their King was keeping his head high and proud even with the looming threat of the Yomi at their doorstep.

The flare-fire of the Yomi camp, just miles away from the Imperial gates, had him worried, but the masque of his regal stature had hidden it behind a pale countenance of pride, far without the confines of the city or the protection of the walls and under the cover of the evening stars, he slipped past the guards, crossed the courtyard of the royal gardens, and took to horseback to reach the outskirts of the empire's territory, entrusting the protection of his home lands to the marshals he had personally trained.

The long strides of his kalira was accented by the heavy draconic grunts the horse-like steed offered to the cold air left puffs of misty steam behind them as the caverns in the distance were soon seen, outside of the forested retreat, long limbed and dark-maned wolves greeted him, growling, whimpering, and pacing like eager hunting hounds all around, they stood on hind legs to reach him, all and each searching for affection of some kind, with his attentions split between them in equal turn, he muttered soft nothings of praise and then patted them off into their nightly hunt, listening to the wolf song that trailed behind them as he climbed the overrun trail that lead up into the caverns proper, he peered into the dark-lit cave and focused his sights on anything that moved.

"Feng?" the question was cautious and wary, the scent of the wolf's bearing was in the cavern, but whether or not the physical being was there, he couldn't readily say. He felt the other's presence, somewhere deep inside the corridor-like chambers of the cavern's carved system, his feet found purchase on the rough-hewn ground and he balanced himself easily, pulling the warmth of his oiled cloak around himself to ward off the cold, a flare and snap of his fingers brought forth an orange spark that lit the nearest torch within the chamber and provided ample light that his eyes took time to adjust to.

He grunted, not immediately seeing the other brought a slight source of irritation to his pale features, one that made them a touch disgraceful. He pushed aside the heavy, tanned-hide curtains and ventured further forward, his gaze focusing on what he hoped to see... the gigantic black-furred wolf... or the bronze-skinned man that he ventured forth as, when it came to presenting for the nobility.

What greeted him was the bronze skinned and copper armored male that always stood tall and never knelt or bowed before him, though others might have claimed insubordination or disrespect, Yasha found relief... he set the torch on a holster upon the wall and greeted the prideful General as he always had, with a touch, with affection.

"Damn you for being silent as the grave." he cursed lightly given that he had neither heard nor SEEN the wolf until he was suddenly there before him, a step into an awaiting and possessive embrace was met with a murred noise of content, there in secret, the two released their inhibitions, none could question or show protest in their meeting, and Yasha did not have to hold onto the air of his crown within the den.

He relinquished his stiff bearing and allowed himself to fall within the waiting hold, his face pressed eagerly short to the familiar warmth and scent, the sound of a thundering heartbeat and the abject silence that needed no explanation. They moved to a quieter section of the cavern's shadowy depths, and Yasha found himself seated atop a different kind of throne.

Though armored and dressed to the hilt in his warrior's attire, the warmth and soft comfort that Feng's lap and arms provided chased away the bitterly growing cold.

"He will not wait much longer, and I fear that the absence of my grandchildren will be taken advantage of. He is biding his time until my vulnerabilities are exposed, and I am sure he knows that both Yuuhi and Itsuki are not within the domain, he knows I would have sent them outside of the realm as shelter..." he frowned, because although the wolf did not speak and only gave calm staring, Yasha could sense and understand a silent conversation that was being held, even without hearing the voice that made him quiver now and again.

"Your adamancy in our security is mind boggling. I worry and tire myself on securing defenses, you linger here unless called to me..." he saw a flicker of annoyance and then added quickly. "That is not to say I am calling you lazy!" he huffed, then buried himself into the wolf's slowly tightening hold, the coil of muscled arms constricting like serpents around his torso, was met with his fingers gracing across the sinewy bone of a forearm... he was squeezed, and the feel of warm breath against his neck quieted him.

"...perhaps you are right." he muttered, his eyes lulled into a half-lidded gaze, then closed momentarily as he felt the sear of blood-warm flesh against his throat, a shuddered sigh leaving his chest he let his head fall back against the bronze-armored shoulder, and reached his fingers to draw the wolf's face closer in.

"...this war has not yet begun... we will place our pieces upon the chessboard, and await his first move. When we have discerned his strategy...we will counter with our own."