(Story Art) What Hurts The Most by DNAngel 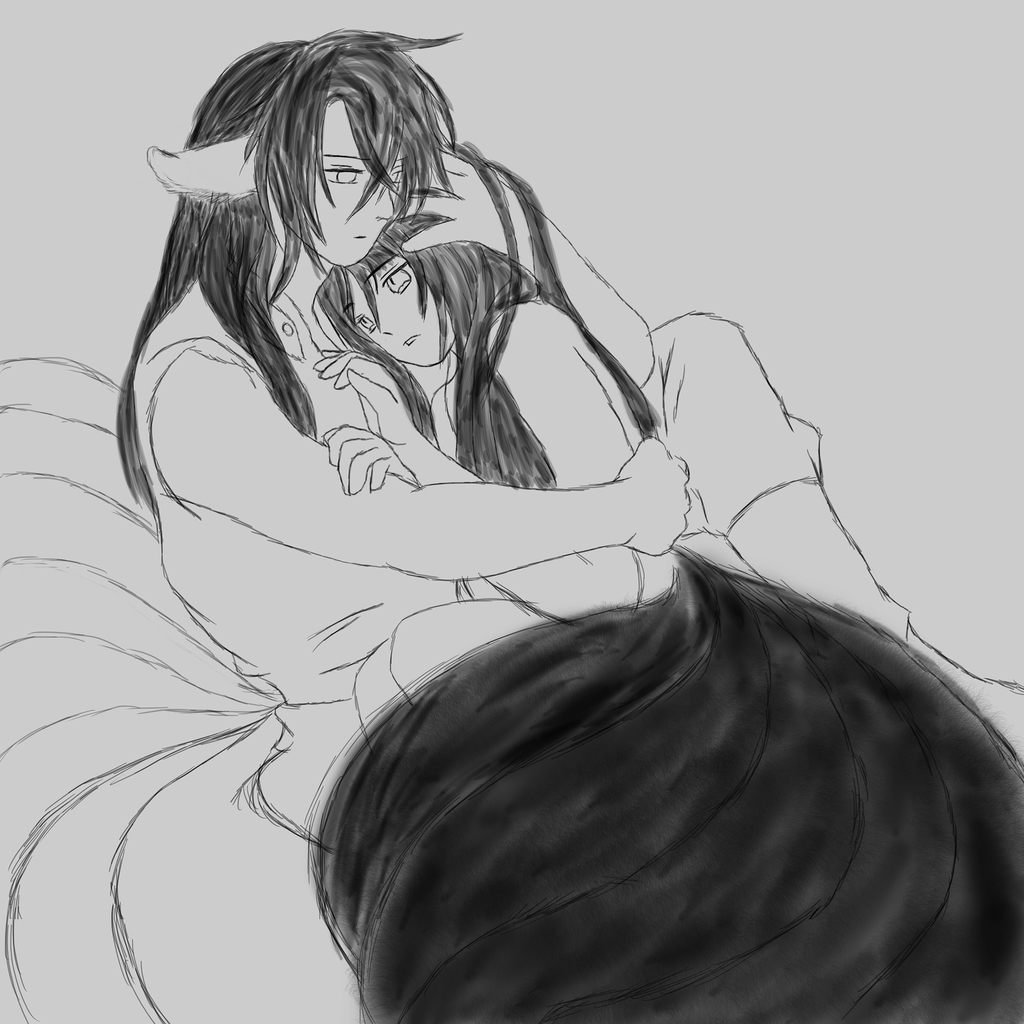 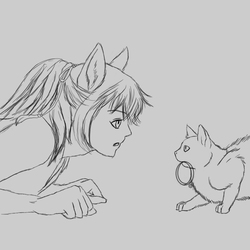 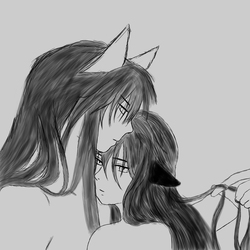 (Story Art) What Hurts The Most

Yuuhi has spent much of his/her life being taken advantage of, when (s)he first came to the mortal planes of Gensou, it was under the collar and enslavement of a Demon.

Discovered and 'freed' (by force) from the master (s)he had begun to grow close to, and loved, anger, hate and fear were emotions that peppered hi® heart and left hir feeling as if nobody mattered and nobody cared, the resulting attitude of which had hir very defensive and downright nasty towards others, in an effort to shelter hirself from abuse.

Meeting and falling in love with a mortal was quite possibly the first nail in the coffin for a life that was littered with insurmountable hardships, several mistakes being made in the process of growing up including and not limited to falling in love with the wrong person after Cody (the mortal's) death, becoming impregnated by said person four separate times, and abandoned, four separate times, driven to the point of near insanity and self-mutilation just to stop the pain of regret from killing hir outright.

Three miscarriages, one still birth, and a live twin born in recent days, lead to a near mental breakdown from which shi never fully recovered, there are good, and bad days for us all, Yuuhi's take more effort to get past, and there was only ever family to handle it.

But when your twin is sick, and unable to come to your side, grab you by the wrists and tell you to stop, the self-destructive patterns reach a peak point that leave you incapable of processing what is the right thing to do and you're left with few options, so many days of memories in those happier times when things seemed 'okay' were dashed by the bad when a family friend had to confess that an enemy had stolen the one thing that remained most precious to hir. Hir only child, Akihiko (Kody).

This knowledge was a final blow to an already crumbling self-esteem, the thought of being unable to protect hir own blood and brood left hir in a fit of rage that (s)he took out on the Gods, including turning Suzaku into hir own personal punching bag, showing violence and aggression that was the result of pent up frustrations that had years to grow.

Out of the rage and screaming however, a single point of light dared to come between hir and what (s)he was wanting to do, he took blow after blow and scratch after scratch, he tolerated bites that drew blood, and curses, screaming, and the raging temper of a heartbroken kitsune without so much as a flinch, and when (s)he finally began to waver, he snatched hir wrists, yanked hir in close, fell to the ground clutching hir and despite hir struggling, snarling, and screaming, held hir until the rage subsides...

"I'm right here." became a conditional phrase that lulled hir anger into manageable grief. "I'm always right here." drew from hir heart the anguished tears of years spent believing in false dreams and dashed hopes, and left hir crying to the point of exhaustion, when all was said and done, and (s)he was left shivering and curled tightly within his bruised and battered embrace, repeated mutterings of 'I'm sorry' only drew a thin smile, the warmth of lips against a sweaty brow, and the comforting feel of arms that drew hir in closer and refused to let go.

"I'm right here." became the anthem (s)he needed... to know that despite the treachery and betrayal of one, another was there to pick up the pieces of hir shattered heart, puzzle them back together and lock them in a box no one else could hope to have, in his determination, Lang Loxy, had laid claim to the vicious, feral, and wild 'vixen'... and offered hir something to hold onto.

It’s hard to deal with the pain of losing you everywhere I go
But I’m doin’ It
It’s hard to force that smile when I see our old friends and I’m alone
Still Harder
Getting up, getting dressed, livin’ with this regret
But I know if I could do it over
I would trade give away all the words that I saved in my heart
That I left unspoken

What hurts the most
Is being so close
And having so much to say (much to say)
And watching you walk away
And never knowing
What could have been
And not seeing that love in you
Is what I was trying to do, oh.

[What Hurts The Most - Rascal Flatts]