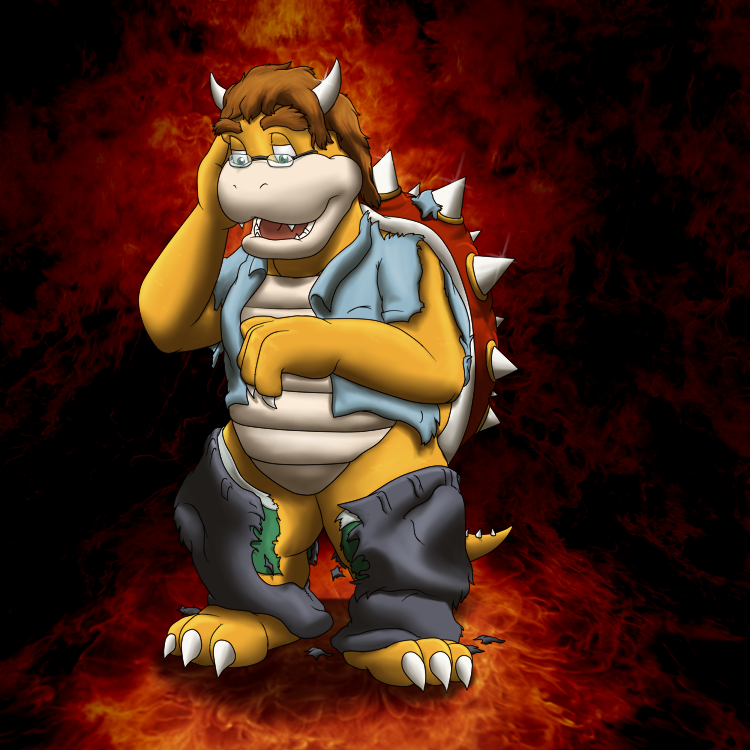 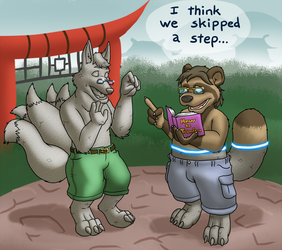 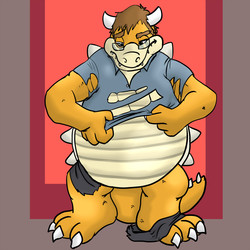 I still absolutely love this piece. Seriously. :O Like two or so years later and I still think it's awesome. Even though you've drawn better, you still put a lot of work into this piece. Seriously. I remember one time you IMed me at like 9 AM, I came on like at 3 PM and he was just finishing it up. I dunno if he was working on it the full time (I was working at a cosmic nexus of STUPIDITY!!!!) but still, dude it's awesome. XP

Maybe I should get another pic of me as a koopa. I don't do it enough. Especially because there aren't enough koopa TFs.