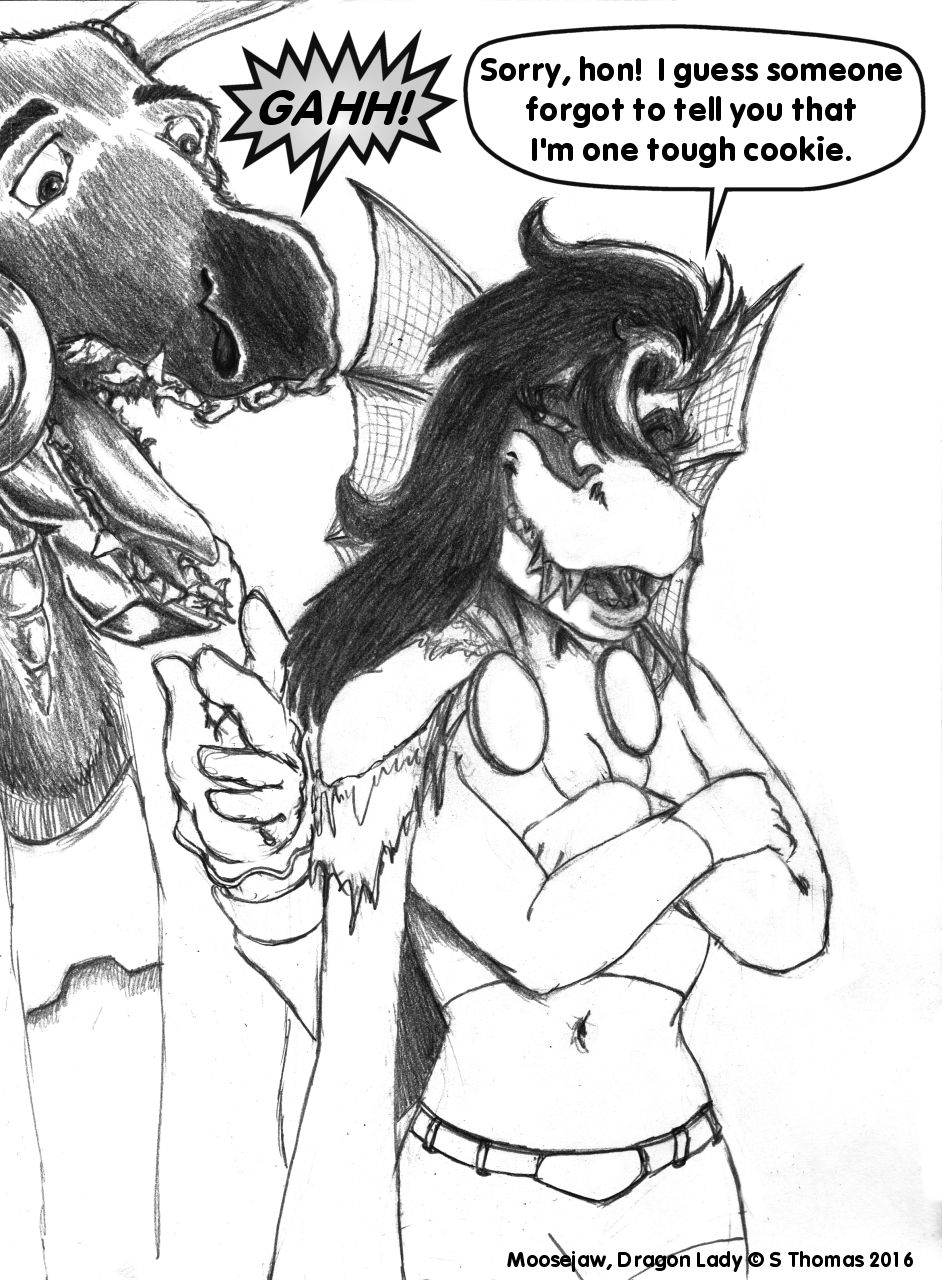 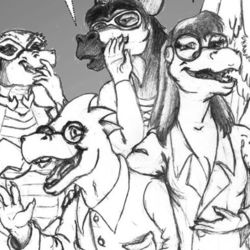 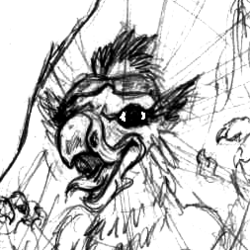 The hitman known as Moosejaw has an unusual modus operandi that includes consuming the flesh of his targets. Many years ago this unusal aspect of his behaviour nearly cost him his life and did see the removal of his jaw and portions of his esophagus and stomach. Several extensive surgeries later by a brilliant but morally questionable surgeon gave Moosejaw a new lease on his professional life and a new, more powerful set of chompers and a new almost cast iron esophagus and stomach. Originally contracted to deal with The Harlot and Charmer by power mob boss, Madame Thunder, Moosejaw has since set his sights on Dragon Lady as a known associate of the prosititute powerhouse.

Looks like it'll be another set of surgeries ahead for Moosejaw. And some extensive recovery time.