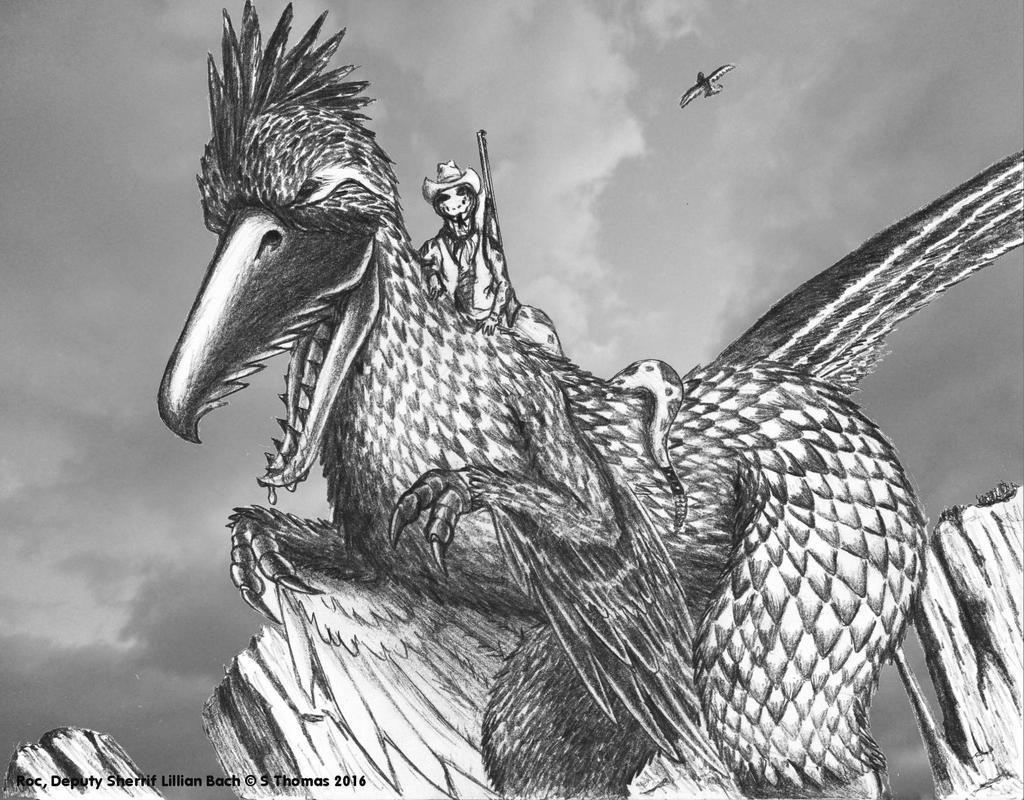 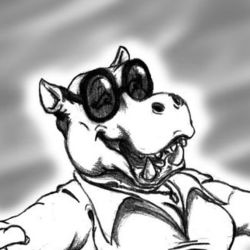 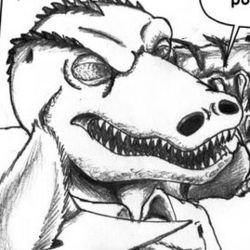 When the ultimate in Mordecai Scratch's genetic experiments was finally discovered, it was quite the surprise when Roc, as the insane ram scientist dubbed his mutant roadrunner creation, actually formed something of a bond with rattlesnake Deputy Sheriff Lillian Bach. Perhaps it was similar temperament or something even more undefinable but it wasn't long before the creature's devotion to his new mistress was absolute and the pair was nearly inseparable. Not one to look a gift beast in the large serrated beak, Lillian encouraged her large friend and now has an extra-large ally in her and Sheriff Katie Wylder's struggle to maintain law and order.

A sketch of some characters I created in the time before the internet but not much before. I never put much of this group on paper but had quite a series of ideas in my head that have been recently revived by some music that Gungewolf gave me not long ago.