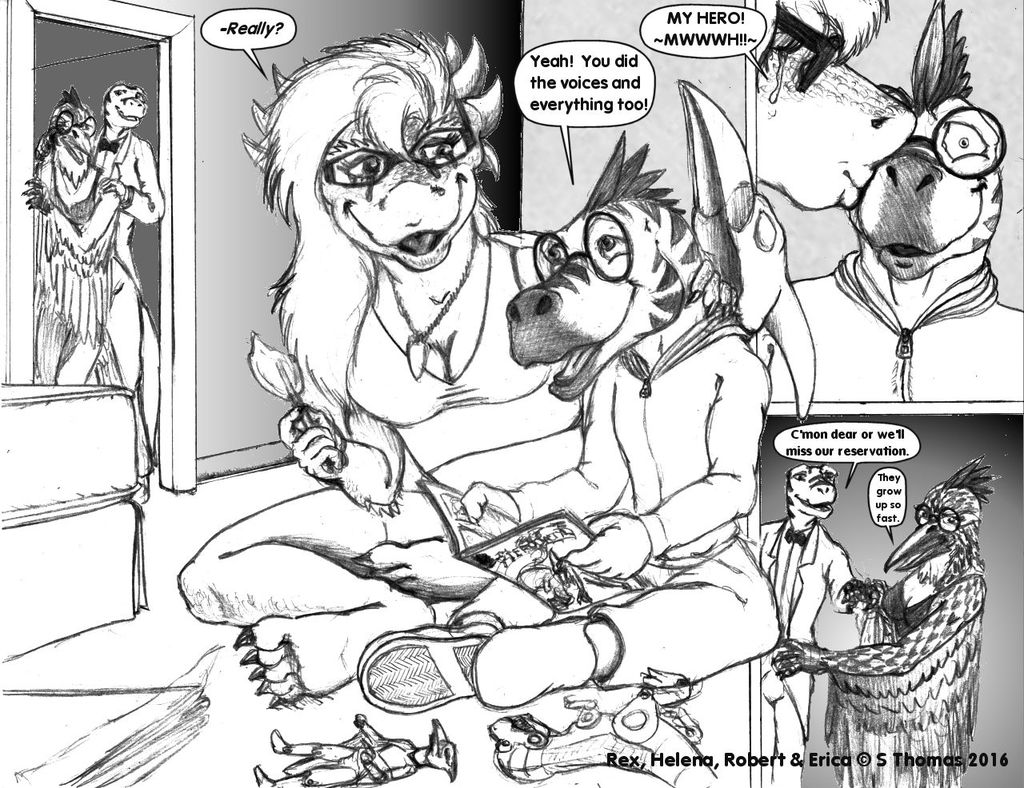 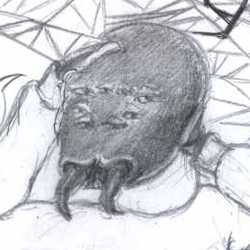 As an abused then neglected child, Helena Byrne missed on many things that other children take for granted such as a decent education. Though she was advanced in grade until reaching high school, the horned lizard girl was scarcely able to read and unable write or figure basic math. No one seemed to care and it appeared that Helena would be forced to find her own way in the world without being at all prepared for it until young Rex Thompson, a child she was babysitting, introduced Helena to the world of his favorite comic book superhero, The Pterodactyl, and taught her to read through the colorful adventures. Fully supporting their son's efforts, the Thompsons take Helena into their household as they've done with their older son's boyfriend, Mark.

This particular evening, just before Rex's parents head out for dinner, marks the first time that Helena has read an entire chapter of the latest issue on her own without any prompting or assistance from Rex, an achievement that the young lady gratefully bestows the first of many rewards on her even more youthful champion.