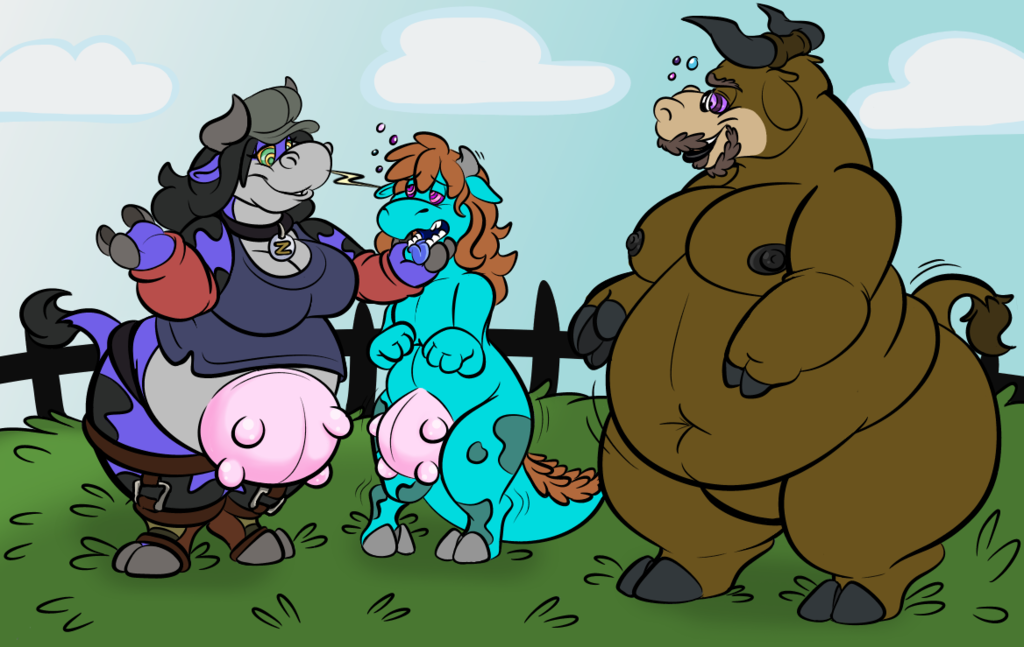 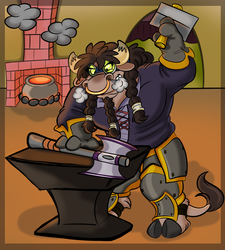 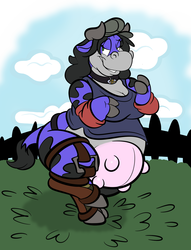 Well, today certainly was a fun one. Who'dve guess that company would stop by my pasture of all places? Yes'sum, quite a pair they were.

First one to come lumbering around was some bear fella. Big ol' lug, too. What was his name again? The smaller one mentioned it while looking for him. Hmm...Ah, that was it! Arcapello..fancy name right there if you ask me, hahahah. Yes, he wasn't none too pleased having "some cow" (that cow being me, of course) come up and tellin' him he should quit stompin' around the place and ruinin' the grass while he was there. Tried to size me up too, the nerve of 'im! Guess he didn't realize staring me down wasn't...a-heh...the wisest of ideas. Nope, in a short while he was lookin' awfully woozy, as if his legs suddenly became jelly. I told him he should sit down...he did, without question. I knew he would, of course. Well, let's just say a bit of gradual suggestive coaxing brought out the bull from this 'bully', hah.

The second one, well, he had no idea what was gonna come to 'im. Fella was callin' out his buddy's name while lookin' all over the place. What a nice friend! Heh, poor guy looked so confused as to why his pal had horns all of a sudden and why he was snorting, mooing and munching on grass. I stepped in to explain to the nervous lizard fella what was going on. He thought about going about his way during mid-conversation, but I gave him a little 'look' and sure enough he was convinced to stick around and listen. A funny thing happened as I spoke to him. Certainly surprised me, as I thought I was going to end up with two bulls. Instead I end up with a cow and bull duo, heh. Eh, in my defense, it's been some time since I've been up to my old tricks, so I may be a bit rusty.

Still, I could use the company, even if they do just stand around and bellow all the time. Maybe after a couple weeks of them settling in, I'll have them seek the fields out in search of other wanderin' folk. It's a big pasture, after all.