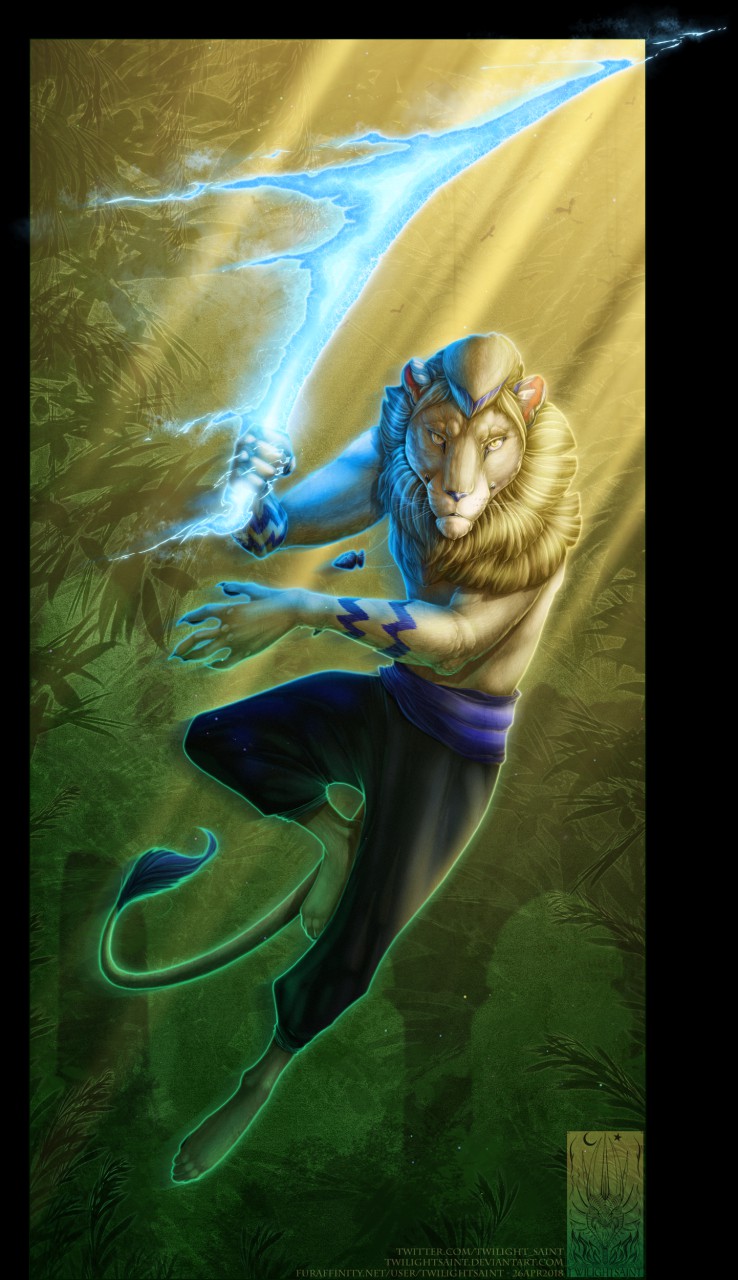 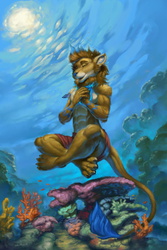 Each and every adventure is full of unexpected discoveries, many surprises, and of course a variety of encounters both friendly and hostile. Today, Dexter's lengthy yet quiet hike through a rather dense forest, searching for who knows what, becomes an adrenaline pumping clash within a matter of a minute. Unfortunately, Dexter can't rely nearly as much on his own speed as an advantage in this engagement, for his opponent is exceptionally agile; well beyond anything he's encountered before. Precision and extreme focus are an absolute must in order to maintain awareness of not only his opponent's sharp movements, but also every aspect of the surrounding environment as the two hop from one tree to the next at rapid pace; launching attacks and dodging.

The skilled feline does have a few surprises though that prove to give him quite an advantage in most engagements. One of them existing in the form of his weapon of choice, the sharp, blazing hot sword that tends to be rather unexpected for his opponents when he summons it. But still, Dexter knows to remain cautious as his opponents can and will summon surprises of their own.