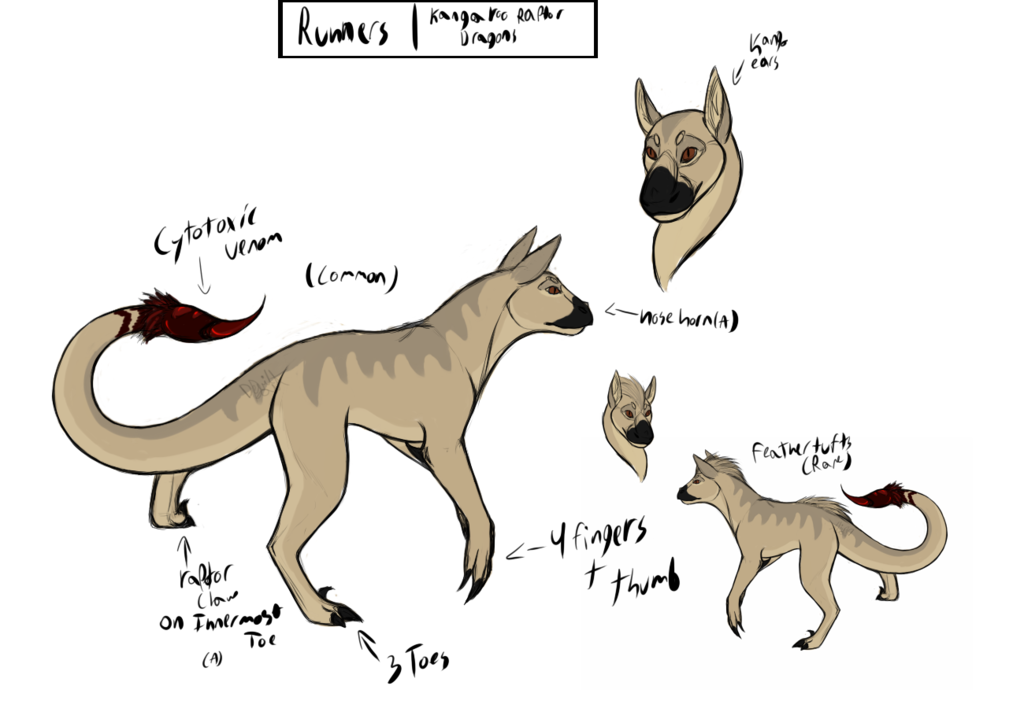 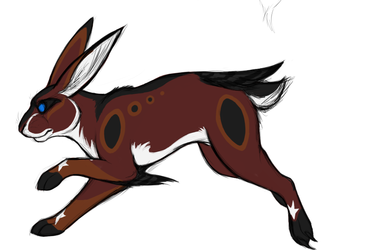 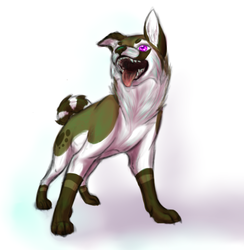 poison stinger on tail contain cytotoxic venom. these stinger are usually brightly colored as to ward off foes.

typically a sandy color with a black mouth marking.

feather tufts on both head and rear are considered rare

a variant of this species would be the skullren(extremelly rare)

if you have any question please ask