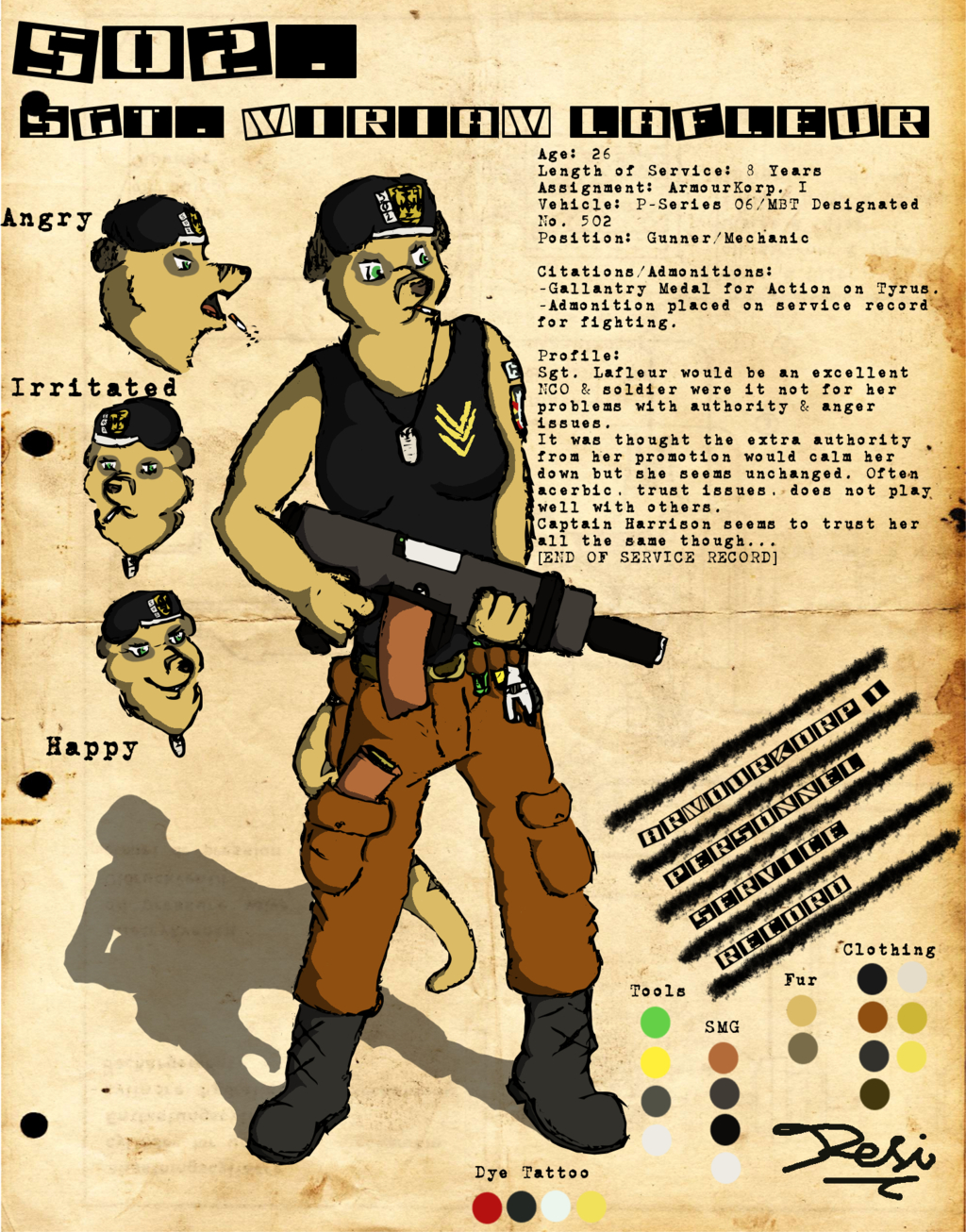 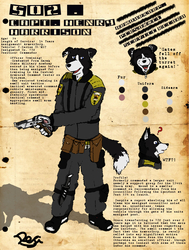 This is the first of a few ref sheets I'm going to do for characters to hopefully put into Crew 502. when I start doing some pages for it. This is Sgt. Lafleur, tough, loyal, reliable...angry (most of the time). Species wise she's a katasian (Meerkat like beings who give Katasian its name)

She's 502's gunner/loader for the massive 330mm main cannon & it's turret MG, she controls the ammunition stocks, loading & targeting systems, all in one handy chair which contains all those systems & more!

She's also an excellent fighter when she comes out from behind the thick armour that makes up a P-Series MBT, having fought in the front-line on Tyrus as a reservist during the Febuarist uprisings towards the beginning of the National Revolution which put the Ryk in power.

After winning a drinking competition with a quartermaster aboard the RSL Glorious Trinity she cajoled him into handing over one of the larger, much more capable Marine CS-16 (Compact Security) SMG's, chambered for 16x38mm High Velocity boarding round (It also, of course, comes with the huge recoil dampeners required to use it without having your arms fly off...) instead of the usual 12x24mm caliber.

I found a new way to make sketches into lineart, straight from pencil, thanks to a helpful online tutorial for GIMP. I made this so much easier. Also tried out cel shading & a couple of other things. Altogether it took about 1 hour to sketch & three to colour. Not bad for a nights work though I hope!

*EDIT - added proper ref stuff & the bits around the eyes, completely forgot the first time around!