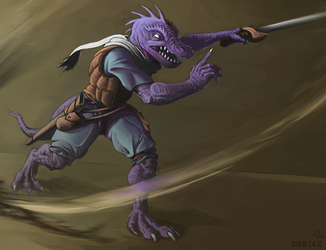 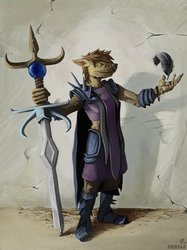 Mentor's away, post Greninja! He can't stop me or disapprove!

In seriousness, sometimes I like to doodle for 15 - 30 minutes every day before I do the more important art stuff. Sometimes I'll scrap it immediately, somethings I'll kinda like it and keep it around to work in more the next day. This is one of those latter examples that I started earlier in the week. Playing with edges, downloaded brushes, saturation, color, etcetc. Nothing too fancy going on here, not even sure if it looks "correct". I had fun with it though! Just a doodle to show I'm still alive outside of the occasional stream. I have something a little more composed coming.

Music
Alchemy + Photoshop
Critiques welcome, despite being a doodle! Enjoy~