Spite Phantom and Cult of Steam Agent by demonskunk 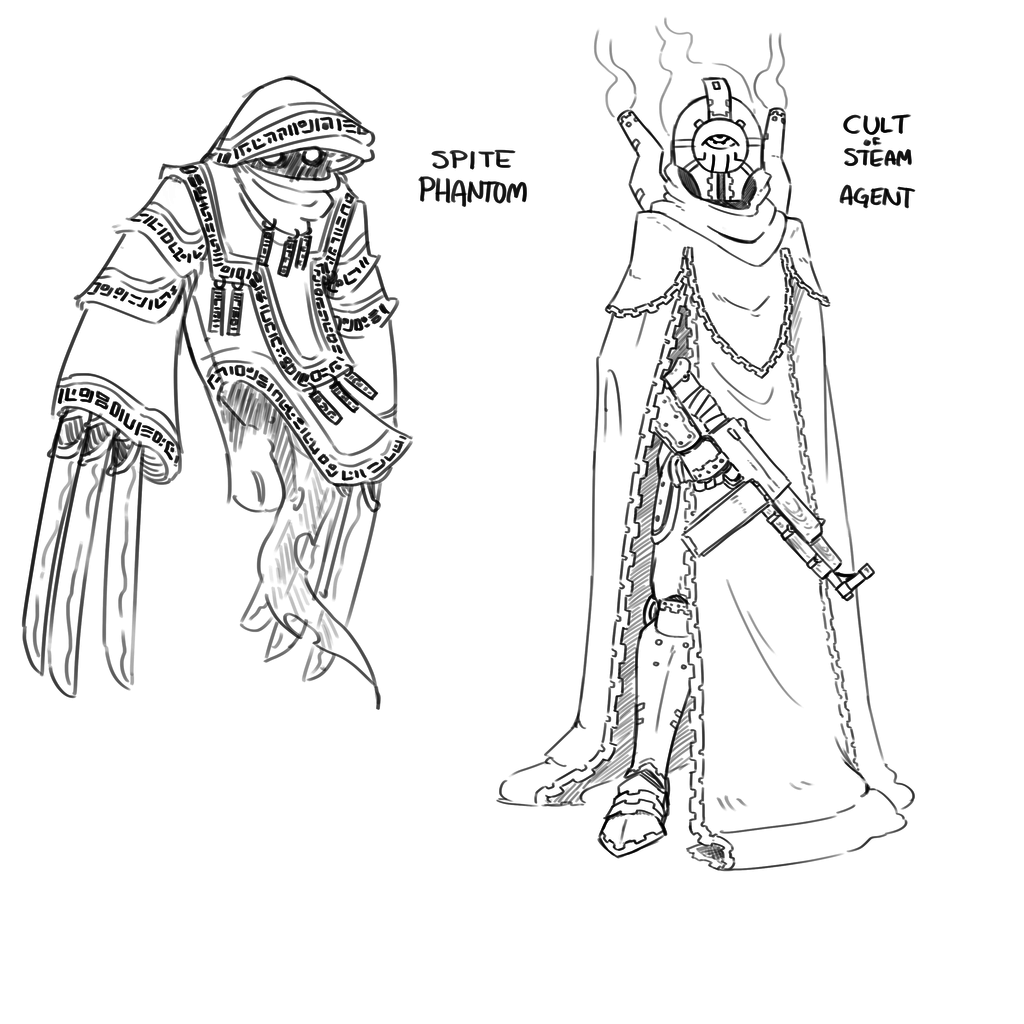 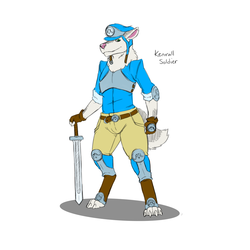 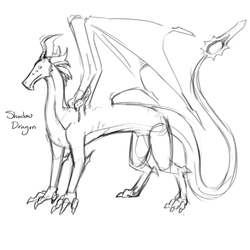 These two are wayfarer 'monster' concepts.
The Spite Phantom is an embodiment of a long-dead creature's spite, probably the result of some horrific slaughter in an ancient ruin. They have no compassion for life, and actively seek to cause pain, possibly to sate their twisted anger.

The Cult of Steam Agent is an agent that works for the cult of steam, a small but growing and dangerous cult of transhumanists. The Agent has a variety of jobs, one of them just so happens to be delivering sermons to nonbelievers from the end of a submachine gun. They're generally dispatched to deal with threats to the cult, and are honestly not often overly violent, as it's difficult to convince people that being a robot is the future when you're shooting them. It's hard to tell if they're more man or machine, but their conviction is unshakable.