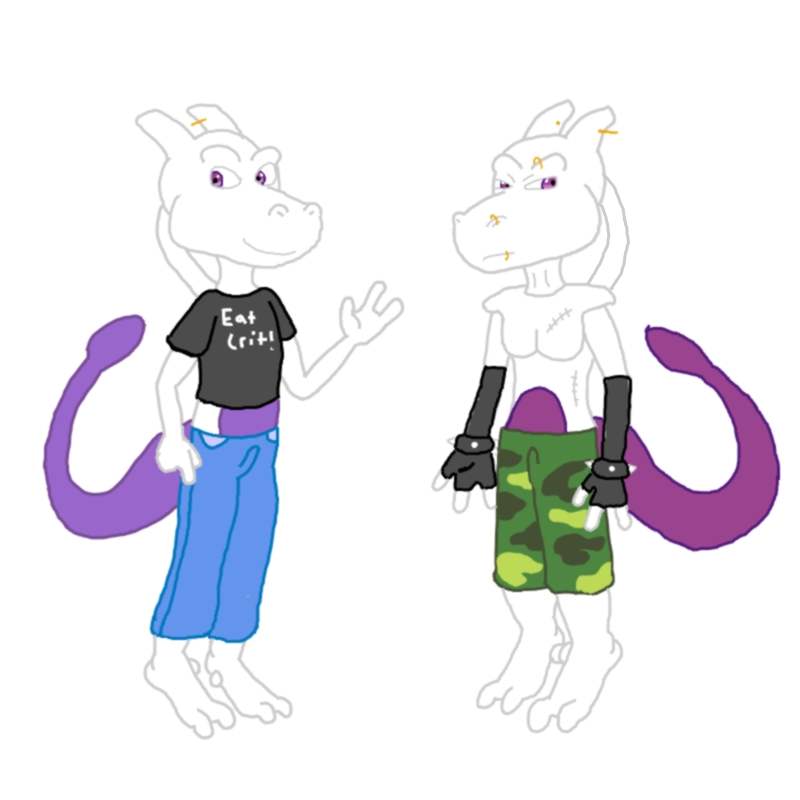 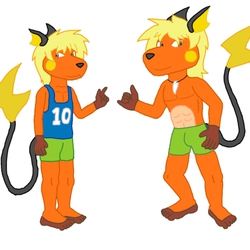 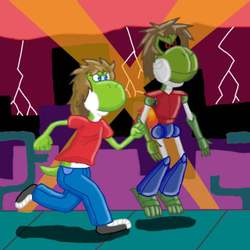 Here's the final one, Tobias

On the left is the normal design. Tobias lives with Nick and Eddie as their roommate. Tobias works as a bartender at the local pub "The Critical Hit". He's generally a shy submissive feminine guy. He also likes to go out clubbing to pick up any guy.

On the right is his pokeverse design. Tobias was originally a Mew and the son of scientist who worked for Rocket Corp. Tobias was struck down deadly illness and was barely given a chance of survival. His father, greif struck and willing trying to save his son, decided to clone him. The cloning procedure was a success, however it altered his body and removed all traces of his past life. During his 18th birthday, Tobias discovered his past, the shock hit him and tore him up inside. In a fit of rage of being lied to, he destroyed the lab he was created in and flew off to the ruins of what was once the Pokemon League. Shortly after, he re-appeared into society, joining a punk group. He was caught by Eddie, who shortly after let him return with him to his house in Pallet Town.