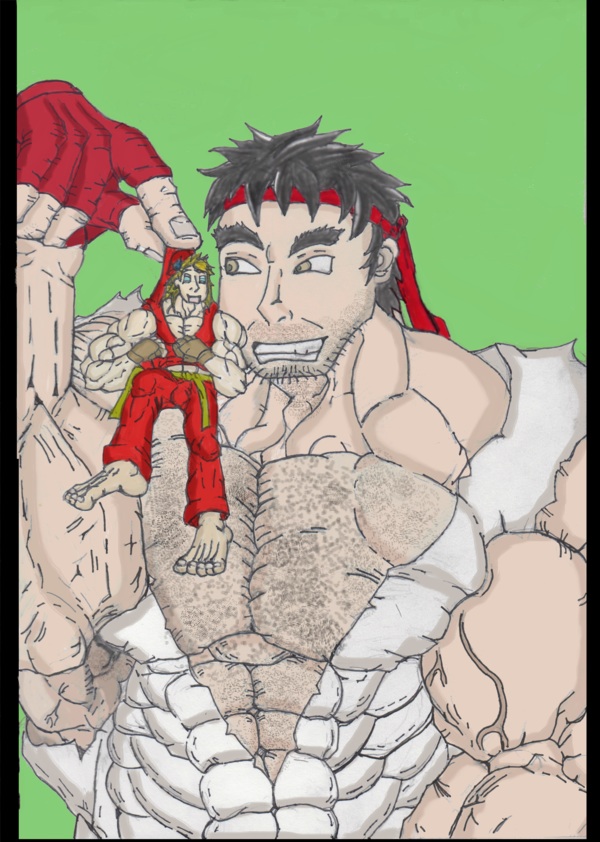 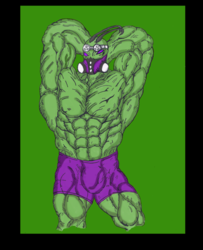 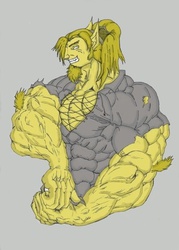 In the mist of a Japanese forest stood a dojo where from the inside stood Ryu he seemed displeased with yet another Ken's antics prank lately especially the final strew was broken when he found his white gi (karate uniform) in a disgraced state the gi had been dyed bright hot pink with a small note of the clothing 'enjoy from Ken'. Ryu had just had enough of this American's ear full and thought today would be a perfect chance for revenge but in doing so Master Gouken must not be around to witness this event thankfully the chance came to plan when Master Gouken went out for his 7:30pm bingo in which Ryu is alone in the dojo with Ken.

Ryu: Ken could I see you for a moment? Spoke Ryu in a mature manner as per usual

Ryu has just shrunk Ken with a shrink ray reducing the cocky America fighter to the size of a action figure. Over countless times Ryu had his earful of Ken's antics and pranks but soon enough the Japanese fighter had taken his last limit with Ken.

Catching Ken was easy once shrunken all that matters now is what Ryu plans to do with him.
Ryu: wow you fit the bill to be an actual Ken doll, heh heh.

Ken: W-What Did you do to me! Ken spoke is stutter and Shock N…N…Now…Now Ryu, you know I didn't mean anything by when I pants you in front of Chun-Li and Cammy, it was a joke.

Ryu: and so is this my shrunken rival, it's time you learn the harsh terms of karma. Now lets see what to do with you. Ryu playfully swinging Ken around like a doll

(Might re-draw this one again there was a lot of mistakes to this drawing, especially ken within the drawing)