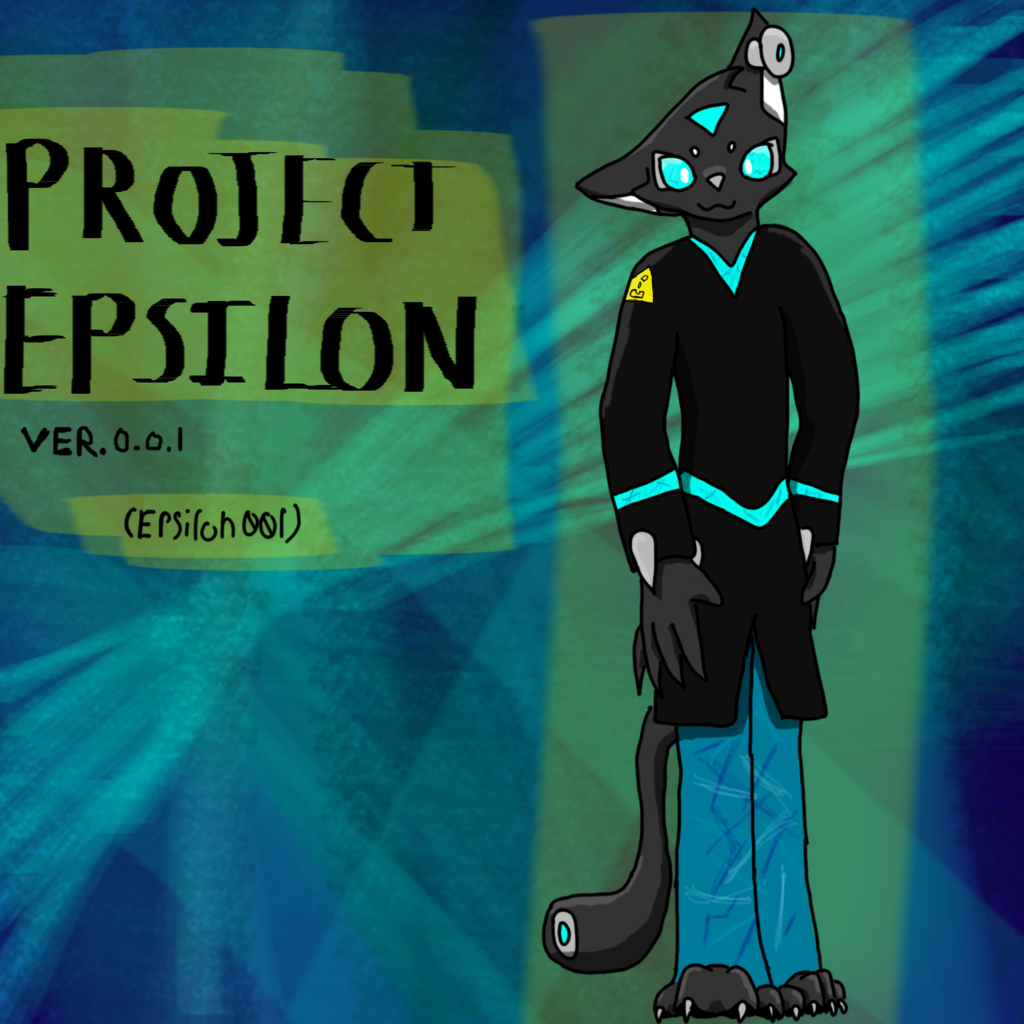 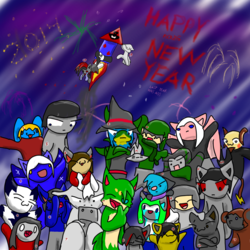 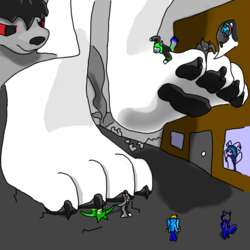 Darkie was messing around with corrosive chemicals and decided maybe he could experiment with something. But he didn't know the chemicals were "Corrosive." Taking up a normal street cat, he injected them. Unfortunately, the cat turned to a gory mush. But Darkie found a chemical that could possibly use that mush as a type of living goop. Well, he managed to make it just that and actually was able to save the cat's brain and trying to restore it, he made it a bit bigger, giving him human level intelligence.This liquid formed into an anthropomorphic feline, sealing the brain into proper place as well. However the chemical injected into the original dead goo was unstable, and instead of managing to stay solid, he could shape-shift. This was something out of place, also effecting its brain. Epsilon cannot remember anything past 24 hours, and he forgets almost everything from the previous day. He can only remember simple English and maybe a couple fancy words, but never his name. He can be crushed or killed, but the goop will reform to his cat form. Every time it has to reform from any damage, it causes a memory reset. So he's very forgetful, almost always lost.

Additionally, the unstable nature of the chemicals inside him mean that any parts of him that remain separated from the main part of his body retain the corrosive characteristic, so dismembering and/or consumption of parts of his body are not recommended.

Yes, that is metal parts on him. The "Ear ring" (Actually a Tracker)
Along with the tail orb. (Also a tracker)
The two metal spikes on each sleeve. And his toeclaws!
Plus yellow shortened-ish Corrsive warning sign.