Bullying prevention suit (warning I talk about bullying.) by darkwizardjamesmason 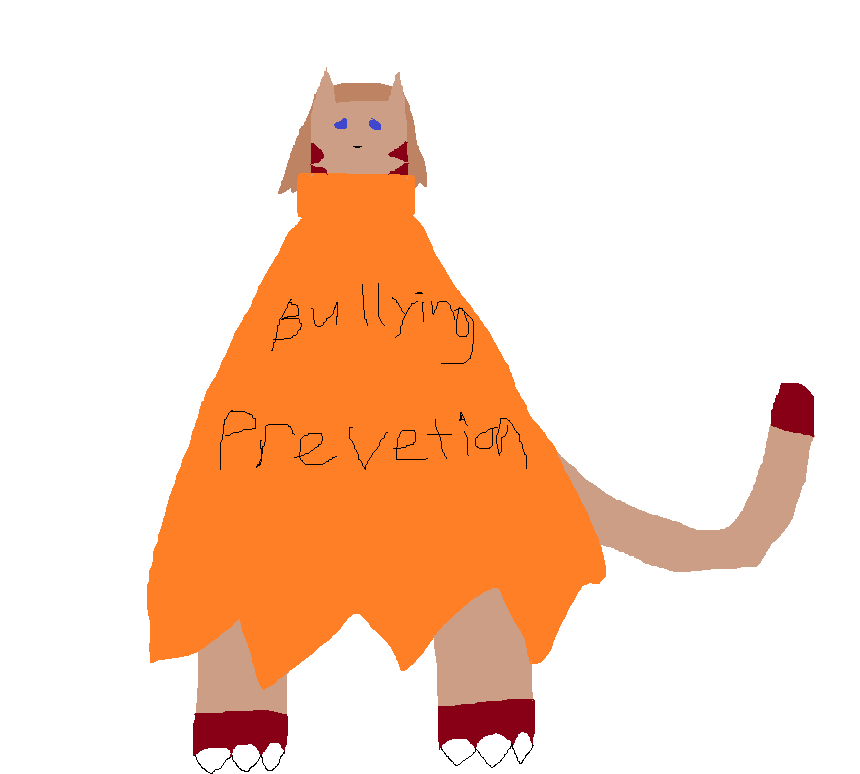 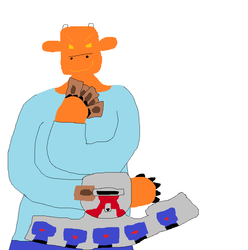 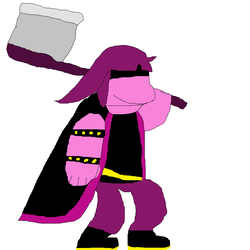 Since I didn’t have any orange clothes I decided to draw my sona wearing orange for bullying prevention day in solidarity.

Now if you allow me to get a bit personal and let me talk about the bullying I’ve been though because I’ve been through a lot of it. I’m autistic and ADHD, and if you’re those things, schools hate you and will let bullying happen to you. I always had problems Concentrating on work and doing homework, and schools encourage parents to essentially bully their kids into doing their homework no matter what. Including losing sleep because they had to do their homework. (Homework by the way has been measured to have very little if any improvement to a student’s learning and does far more mental harm than good.) So there was many nights where my family yelling at me to do homework and do it fast and get sleep, and I just couldn’t. (Not to mention using pencils and pens for too long causes my hand to cramp.) So my siblings would beat me up (Literally in some cases.) And my mom would yell and act hurt that I was unable to do the work that was forced on me. While my younger siblings would run around being loud and if I even asked them to be quiet I would get yelled at. Had quite a few breakdowns. I had over a year where I had online school and it was one of the worst years of my life because it was everything I just said almost completely uninterrupted.

Of course school was just as bad, Bullies had almost entirely free reign to do whatever they wanted with me. Because I was never a “good” student. I always acted out and never got that good scores, And because I wasn’t able to get a good enough rank on a piece of paper teachers didn’t care about me, and because they didn’t care about me they let the bullies do whatever they want in almost every class, Because I kept getting warn down enough to react to the bullying and trying to get the teachers to help with the bullying the teachers told me that I wasn’t paying enough attention to work and also they told me to “Respect.” the bully because they had this very disproven belief that if you didn’t call out or react to the bully they would somehow stop bullying you. Even with teachers who were supposively trained to help out students like me acted in that way.

And when I went to live with my dad, my stepmom who is a neruotypical, found out I was autistic and that’s where I learned I was autistic (My mom and the rest of my family on her side knew knew but my mom demanded everyone keep quiet about it.) And She acted like she was an absolute expert and felt like she could do no wrong when dealing with me, of course this caused me a multitude of problems. Her daughters would just bully me constantly and my stepmom would get angry at me if I at all called them out on it pinning the blame on me and my autistic/ADHD traits, she would even blame me when bad things happen like some food getting eaten or leaves falling on the porch during fall, And would not even consider anyone else because she had an ableist bias. she would even steal from me because I was slightly behind on cleaning flat out said to me in my face “You are the source of my stress for the last 5 years.” (Since she had 3 biological kids 2 dogs As well as sleeps away from her husband because she can’t stand his snoring and has a job there’s way more than 1 source.)

My sibling ununnilium I’ve talked about on this website before but to reiterated back when kill la kill was huge I noticed and pointed out that it’s very pro abuse, pro rape, and pro pedophilia. my sibling when they saw me not only talking about that show but seen other people attack me based on what I said decided to attack me, despite the fact they never saw the show and kept beating me down more and more anytime I talked negatively about the show up to the point where I was too afraid to talk about it for over a month. When I broke that silence they said they couldn’t deal with me and tried to make a “rule” for me to only talk about the show when it’s appropriate to the conversation, when I followed that “rule.” They got angry at yelled at me and I decided to stop talking to them, after a lot of months I decided to talk to them again only for the exact same problems to pop up again and I decided I was done with them forever, they still tried to talk to me when they came over for holiday stuff and they even yelled that they were sorry even though they weren’t since they flat out admired they still supported the very thing that caused me so much harm.

When I did my job “training.” last year it felt very much like highschool. Down to the teachers not caring about the bullying. And I got bulled so badly that a bully touched me against my consent, and I had to skip a day because I was too uncomfortable to come back in. when the boss came in on this he tried to blame me for the bullying (By saying both sides participated in it.) And then pretended to punish the bully by making it a rule that we weren’t supposed to be in the same room while working. Of course the bully was in the same room as me consequence free and I kept getting yelled at for wanting to listen to music to keep myself from getting overwhelmed by all other other noise at work (I often worked while sitting so it wasn’t a big deal.) And I was treated so badly I never want to work again. (I’m currently on disability.)

People who have the power and responsiblity to stop bullying very rarely if ever try to stop it or actively participate it. People like that, the teachers, the parents, the bosses. They’re the biggest bullies and the biggest cause of bullying in the world.