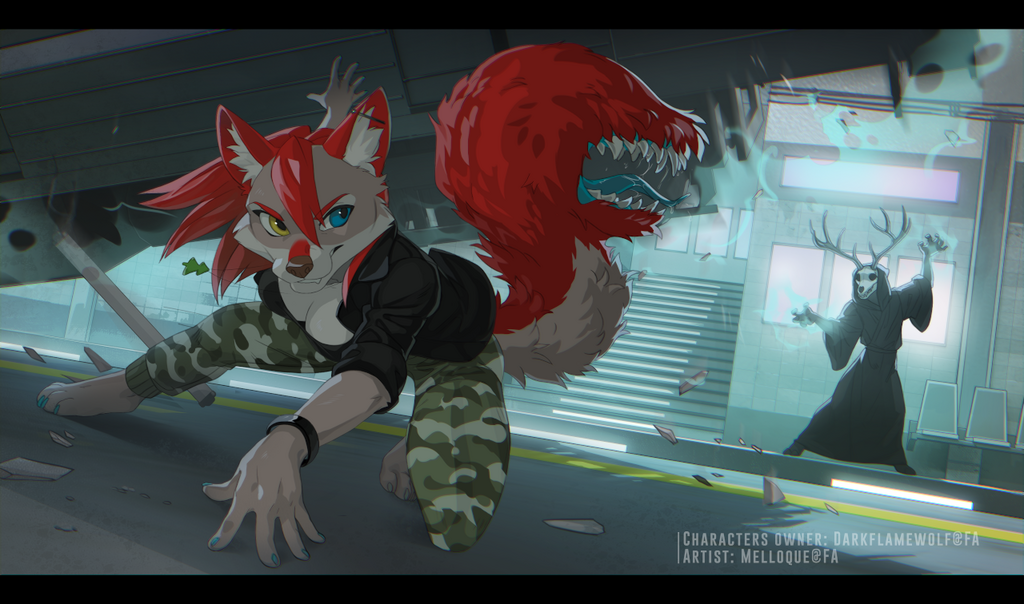 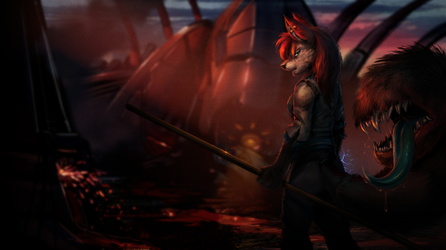 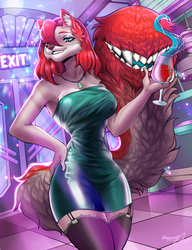 Taylor will make some formidable enemies over the course of her book series. It is an unfortunate fact of life based on the way she was born and the unique powers she wields that she can't readily explain right from the outset. And of course, having a big tailmaw attached to your butt does draw much unwanted attention to oneself! Taylor will come across a very vile and demented brand of cultists called the Power Eaters. These nefarious mammals consisting of not just predators, but also prey as well(!), are of the belief that if they eat the corpses of those with special abilities, like Taylor, they too, can gain the powers they once wielded. Given that some have claimed supernatural abilities of their own, maybe their theory holds some grave weight!

This particularly nasty villain here is one of their leaders and is deadset on making sure Taylor does not reach the surface to alert anyone to their presence below the streets of Zabokar, even going so far as to derail an entire subway train off its tracks in efforts to smash Taylor with it. How will she survive and combat this growing horde of ravenous cultists hellbent on gaining powers to change the future to their whims?