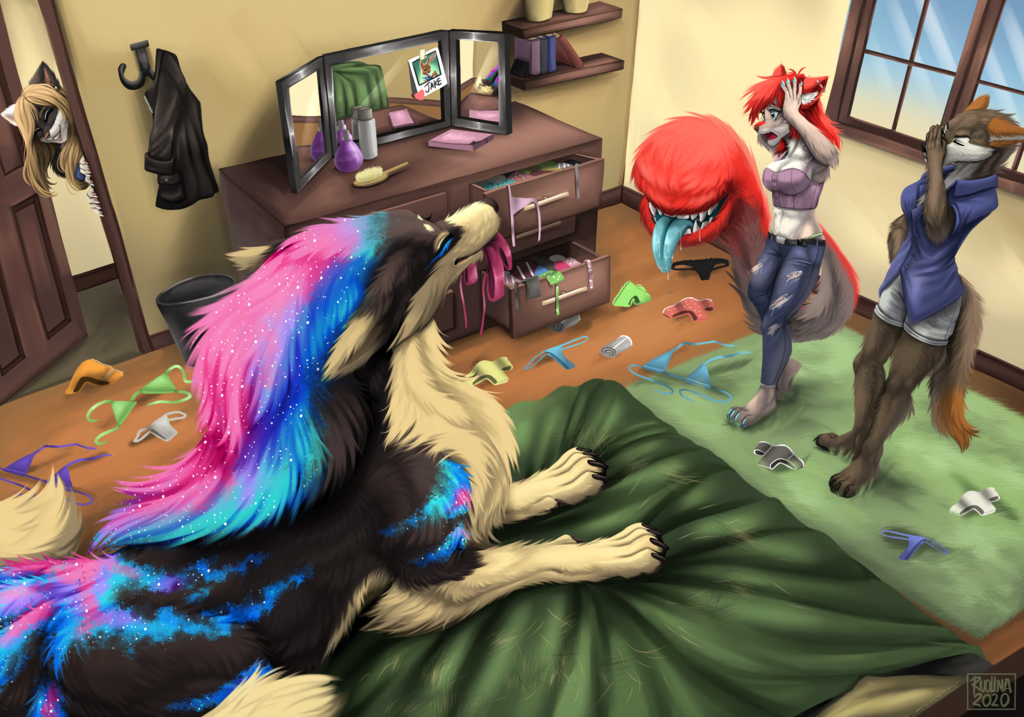 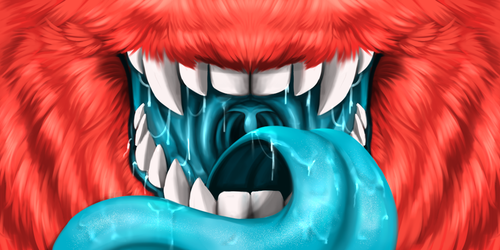 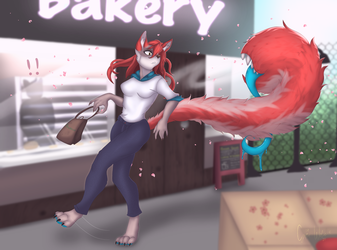 The Panty Thief - By Ruolina

Ever since Murana had discovered Sinopa's secret, that she could shift and reveal her sex to be of either type during that sleepover many months ago, this mischevous kitsune followed her around. Sometimes showing up at inopportune times and snatching magically Murana's pair of panties she had on at the time. Other instances, she would appear out of nowhere and flash herself to the wolf, giving her a good look at all she had to offer...and ride. Murana wasn't going to take the bait and simply ignored the playful, yet naughty, kitsune. At long last, Sinopa convinced a fellow friend and neighbor, Ruo, to let her inside Murana's home as a surprise. Little did anyone know, Sinopa went right after the biggest and most freshest stash of panties in the entire home, Taylor's room! What they all came home to was a disaster of epic propotions and embarrassment.