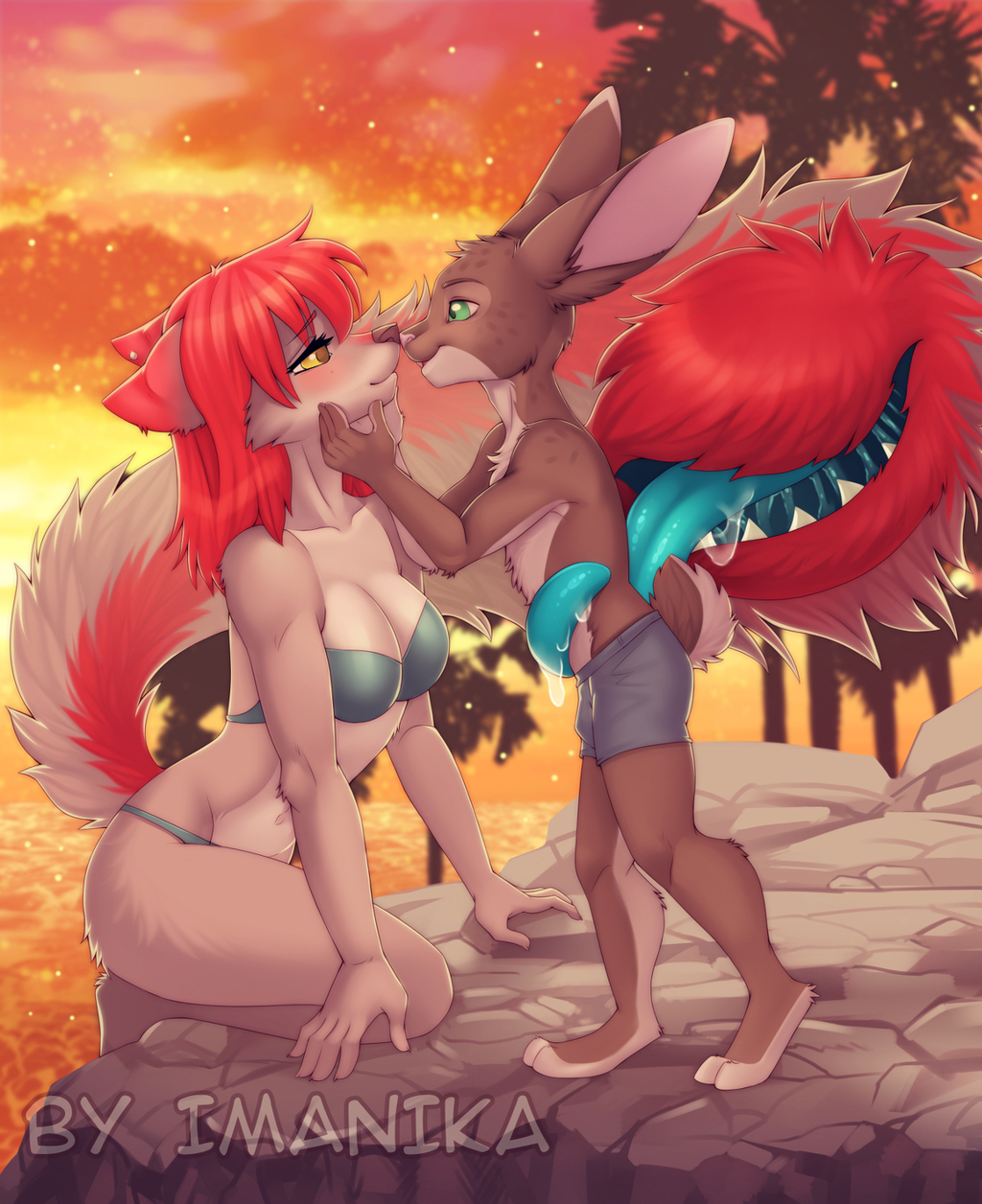 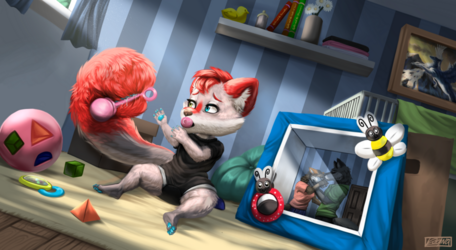 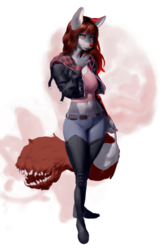 Shows of Affection - By Imanika

This was another YCH that I could tell would be a perfect fit for my Taylor. However, it had another canine-looking male counterpart and I knew that my previous and original idea to pair Taylor up with Trevor Novak (another wolf character in her story and that I have two pieces of art of) wasn't exactly panning out. His character arc clashed a bit heavier than I expected with Taylor's while I was writing book 1 and I could tell it wasn't going to be resolved anytime soon to form any sort of believable romance. So kudos to Imanika for being more than willing to work with us in completely swapping the male character for an entirely different body shape!

Enter Lucario389 and his rabbit character of Jake Thumpings. He had originally designed the character for Zootopia, but in the end couldn't really decide what to do with him nor how to best integrate him into any stories in that world. Lucario389 was a huge supporter and fan of Taylor and he really wanted to see his character with her, despite each coming from supposedly two separate worlds. Well, after much discussion and planning and figuring out how the heck these two could and should meet alongside any past they've had together and how to proceed forward in integrating Jake into her world, it was decided that he should be the love interest to Taylor.

It may be common place these days to have a rabbit paired up with a larger predator, however I've yet to see it be a male rabbit with a larger predator female - and one with a tailmaw to boot! We discussed at length how rabbits fit into Taylor's world and how their mutual character arcs would end up helping each other complete the flaws in their own. With this much pre-planning, far more than I gave Trevor, I feel way more confident in pursuing this couple. It is beyond cute and despite what people may think about this picture, Ahya is NOT going to eat Jake. In fact, that tongue caress is her way of showing affection for someone she loves just as much as Taylor.

So when will these two meet in my books? We'll just have to find out! For now, enjoy the future plans I have for these two.