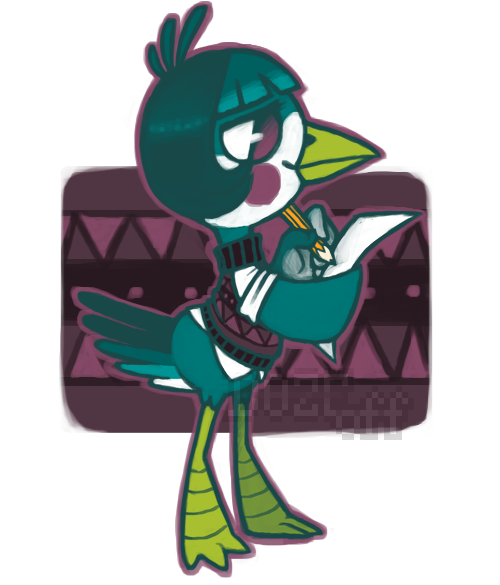 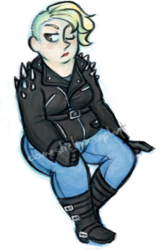 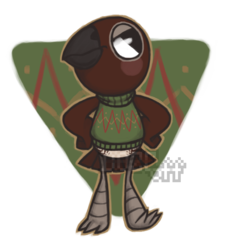 A character I bought off R-Wolfe who was originally created by Plumbeck!

I decided to keep her name as Percy, as well as her interests in journalism and fashion. I moved her in with a grumpy spice finch named Crumb, and she's penpals with Campas, and he's probably where she gets all her sweaters from, since he likes to spoil his friends with hand-made sweaters n stuff. Since they're gifts and I imagine her and Campas are good friends, she wears them all the time, even the really ugly ones.

Also, I may or may not make her genderfluid, like she's perfectly comfy with being referred to as female, but may also use neutral pronouns every now and then?