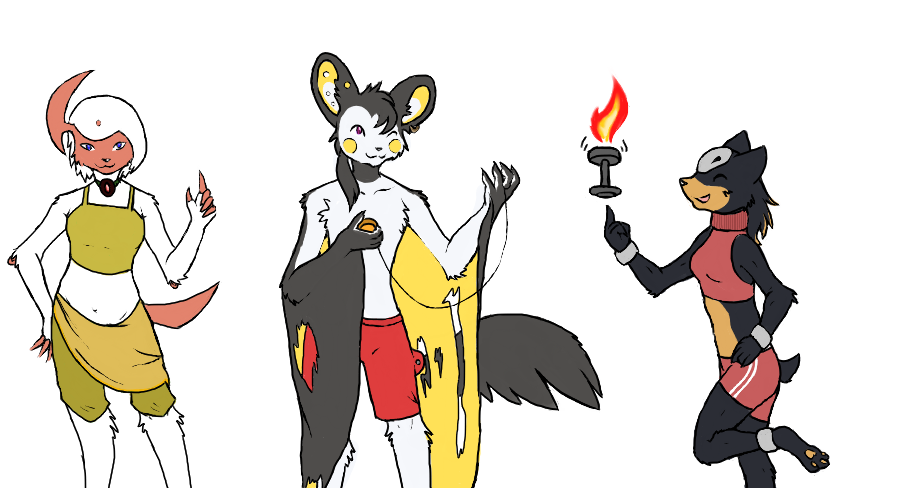 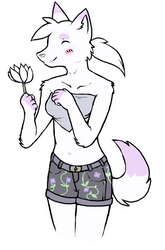 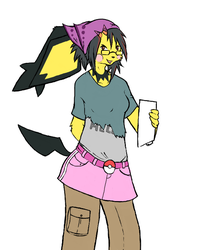 --
Krithya Maharaj the Absol is a girly-girl to the core. She was raised by upper-middle class parents, went to a nice school and has a bit of a superiority complex. While she doesn't necessarily have the best fasion sense, she does like to dress up. She adores ribbons and takes ribbon-dancing classes for exercise.

Butterpaws the Emonga is a slob. He comes from a local orphanage where he was raised with a number of his friends. One of the basket babies, he gained his name for being clumsy and disorderly. He hates showers and general cleanliness. His most beloved possession is a a mold named Norman that he's been growing for several years inside a coffee cup. Because of his mangled wings, he can no longer fly, but he's highly agile and an amazing acrobat.

Rean Chan the Houndour is a workout nut. She jogs twice a day, lifts weights and goes to yoga on top of being an avid martial artist. She has a friendly, outgoing nature and loves being around people. Despite being good-tempered and in good shape, she's not very bright, though.