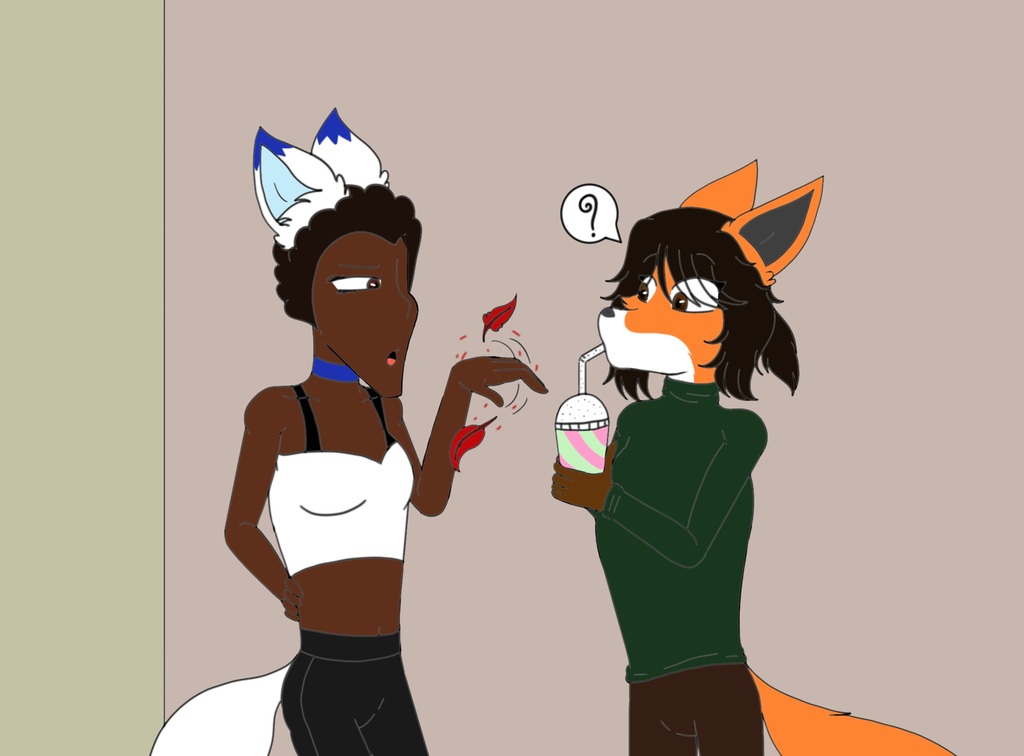 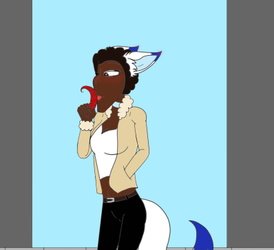 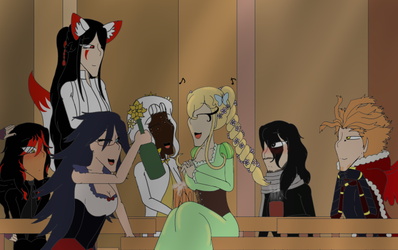 Tokoyami sighed as he stood up and excused himself, following after where his mentor was thrown out. the pro hero Hawks visible through the window, his large crimson wings drooping as he watched the fox hero dust her hands off after dragging him out of her studio and walk away.

The fox hero grumbled as she walked back in, letting Tokoyami out the door and swatting away the red feathers that floated around her ears.

Hitsune asked from their spot on the couch that Arctic Fox had told them to relax on when the #3 pro hero Hawks had made a surprise appearance during their internship.

Arctic Fox shrugged her shoulders and stretched, batting away more crimson feathers as they floated around her face. “ugh, I’m fine,” she replied, as her tail flicked in annoyance. “please ignore him, he doesn’t know the meaning of personal space,” Arctic Fox snatched one of the red feathers out of the air and walked over to the window, shaking her hand until the feather floated outside. “for the last time! take your damn feathers with you when you’re kicked out!” she called out the window, growling when Hawks perked up at her appearance.

Hawks called back, flexing his wings and winking, smiling up at the fox hero, ignoring when Tokoyami groaned and covered his face. “I know you want me, baby!”

Arctic Fox hissed and angerly snatched more of the feathers out of the air, tossing them out. “and stay out!” she snarled before slamming the window shut with her tail, then turning back to Hitsune, her face pulled tight, her ear twitching back towards the window when Hitsune started hearing what sounded like bird cooing? some sort of bird song? but there weren’t any birds around?

Hitsune noticed as Arctic Fox’s face grew red and she rubbed her cheek with a hand, her ears flicking down as the sound only got louder. “oh my god...” the pro hero said under her breath, covering her face with her hands. “now? Keigo, I have a student...”

Hang on Hitsune, Bianca will throw a bucket of water over him and he'll go away, hopefully

Just their internship getting completely derailed as Bianca has to deal with someone
You're welcome back Tokoyami, but not Hawks, get rid of him

I don't know where my brain is right now, I can only write this much, bleh