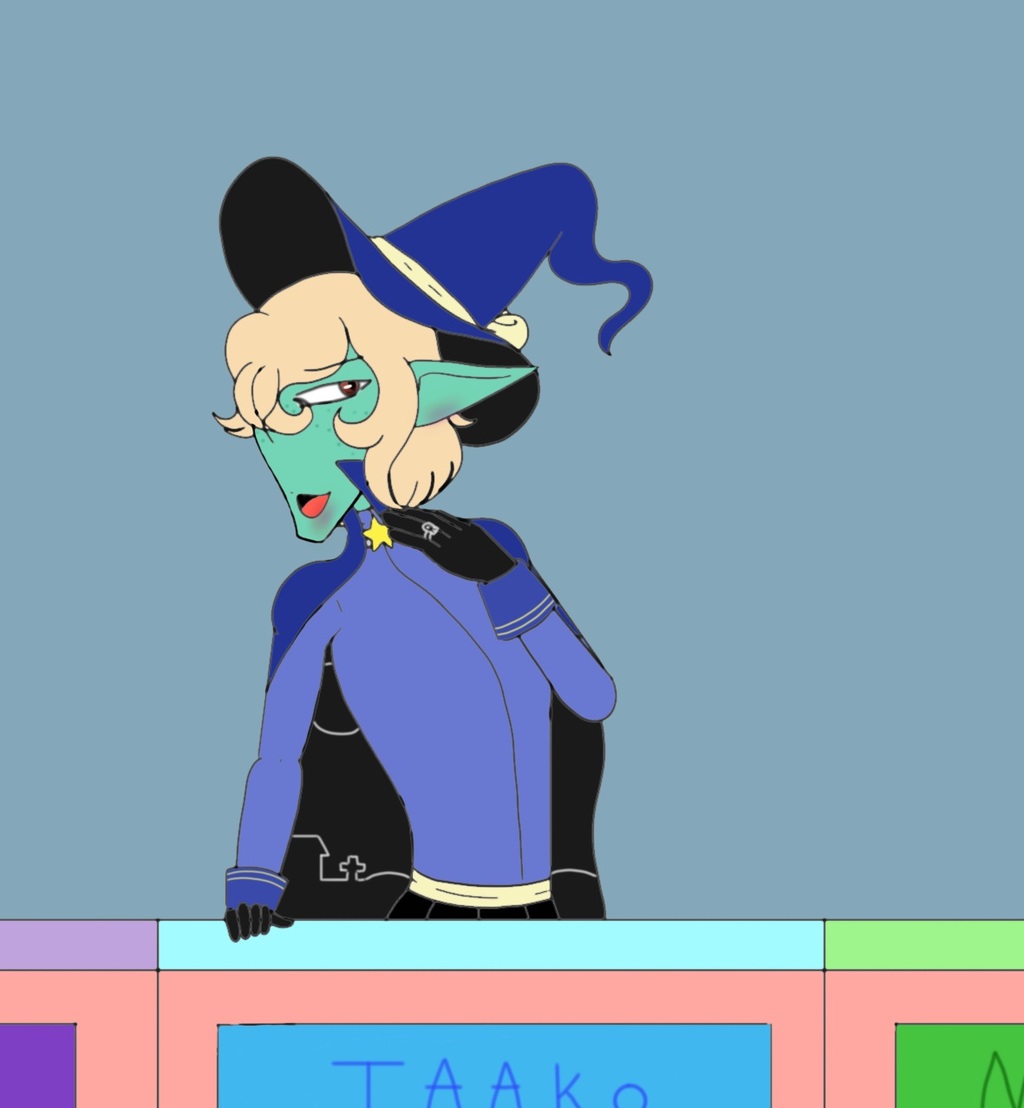 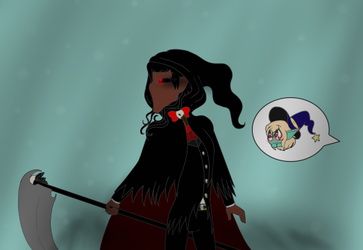 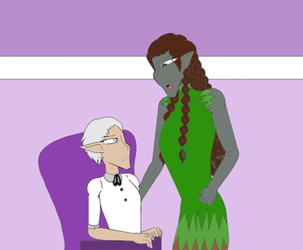 I'm a love him, he dumb and I love him

I should have been character designing, instead I drew a simple picture of Taako
I woke up real early yesterday, only about two hours of sleep, so I guess I was super tired? I had a bad headache, that's about all I remember

Have a Taako, for the sake of just having a Taako

His cape has got a graveyard silhouette on it, and he's got a skull ring on, and yes, they are for/from Kravitz, I don't know if Kravitz gave them to him, or if he saw them and they reminded him of his boyfriend, and he'd never admit it but he snatched them up because he thinks of his boyfriend when he sees them

Taako's color is blue, Lydia and Edward are creepy and color coded the podiums for each othem, Merle - purple, Taako - blue, Magnus - green