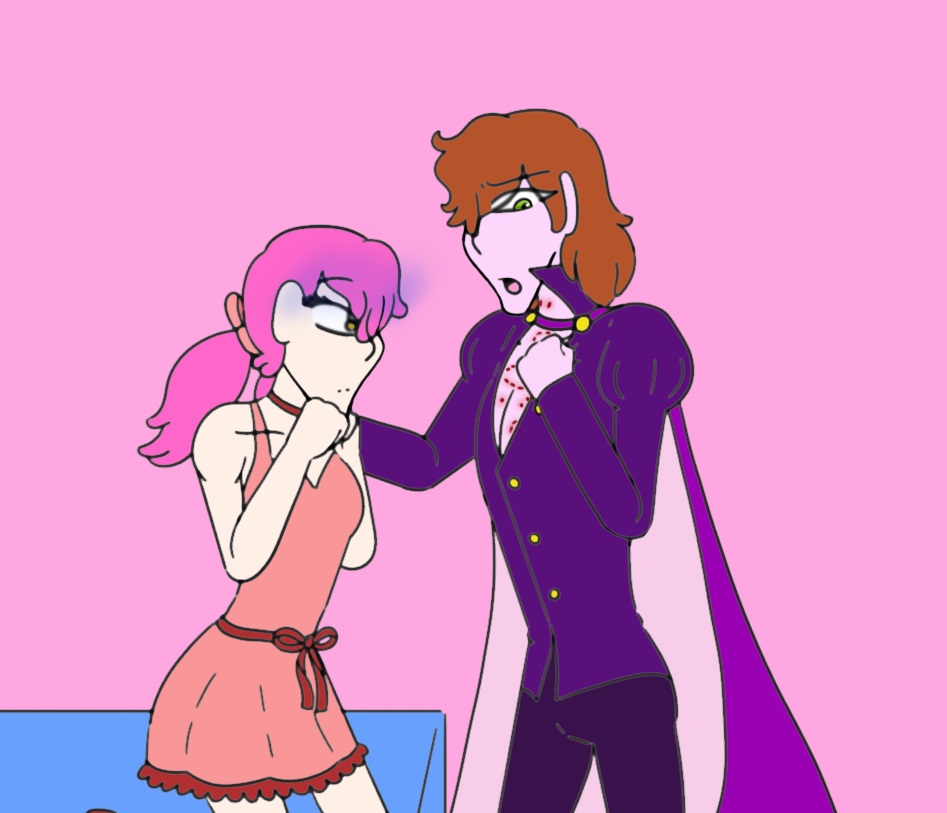 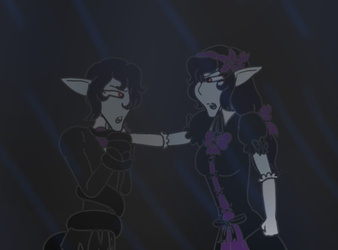 The prince flicked his fingers at his sister, encouraging her to follow him.

"Yeah, sure," Rachael smiled brightly, but her smile froze when she saw her brother's expression, a painful grimace.

Theo led Rachael into his room, waiting until Rachael finished jumping on his bed and sat down, as she was prone to go right to whenever she entered her older brother's room.

"What's wrong?" Rachael asked, watching as Theo's hands moved to the clasps of his shirt. "I know you like Jericho, Ra...but-" Theo paused, before he shrugged open his shirt, letting Rachael lay eyes on the countless number of angry bite marks littering his skin. "Theo!" Rachael squealed with concern, looking at her brother's bruised skin. "What happened?"

It took a moment for Rachael to realize the implications of Theo's words. "Jeri...Jericho did this to you?" she mumbled, her voice quiet.

Theo just wants to protect his baby sisters from the evil vampire man who's been threatening him, please and thank you

We're nearly done with older art and it's already been like a day...I'm slow and I'm tired, shhhhh

Rachael and Theo are fan children of Princess Bubblegum and another of my fan characters, whom is a snake man, thus they are gum/snake beings (and Jericho is one of my FinnCeline kids)
(before anyone asks, no, I hate the canon Bubblegum couple, I have since way early in Adventure Time, and that doesn't change just because they canon, Bubblegum is bi, get off my dick, thank you)
(I've seen people called homophobic just for disliking a canon gay couple, and we ain't about that here, sis)
(Am I just being this assertive because this is the first picture of them here? yeah, once it's said and done I'll be less forceful)

Andddddd I realize I forgot to make a folder for Adventure Time...oops...lemme do that...