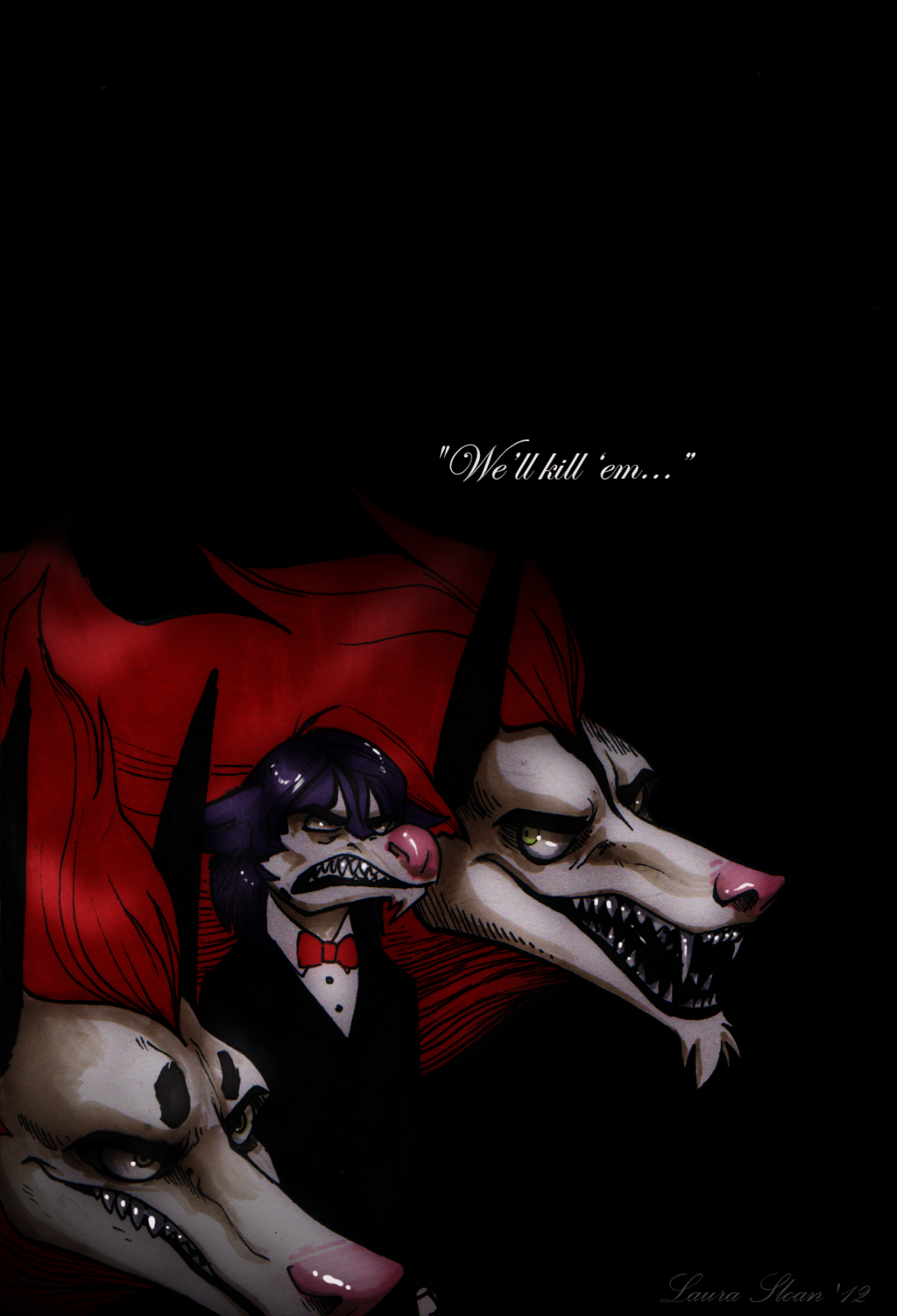 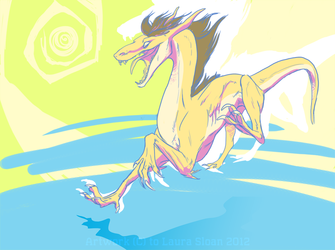 This one is hard to rate, there is more traditional because it was done with markers and inks, but digital for the black background and added darkness/shine. Oh wells!

I actually took a lot of time trying to collect info on characters, I didn't want to just pick two characters, draw them in a situation then it doesn't make sense!

Harlan (the small one) seems to be pissed off a lot so I thought I would include his 'pets' in a situation where I leave the viewers imagination to figure out what's going on. YUP! Also Gino and Guino are huuuuge, a whoopsie in my part but isn't totally bad I think!