Getting Noticed: Fifth Month by Cracker 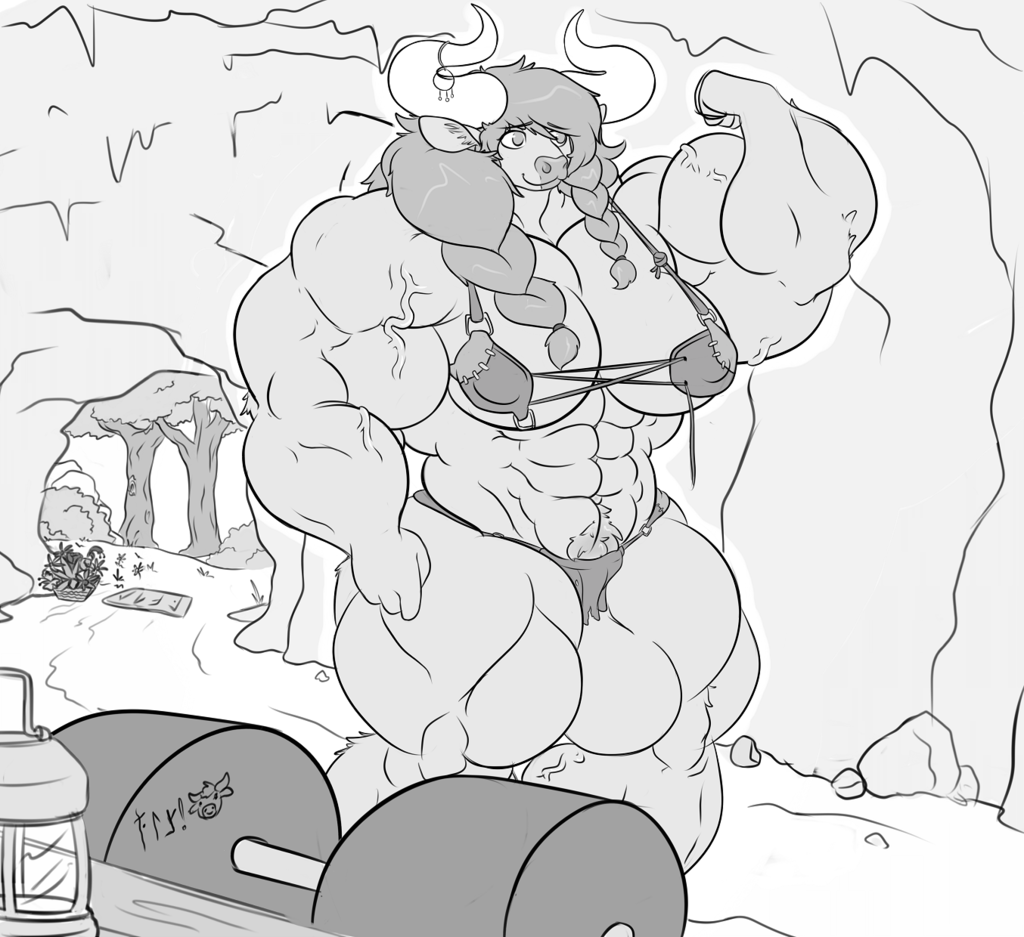 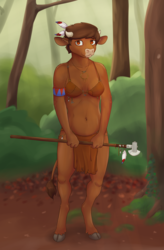 After completing one final rep, Klava let the weight in her hand crash to the floor and took a heavy breath of accomplishment. Today was the five month anniversary of when she began attempting to build her body up to a form that could get the attention of her bull crush, and the progress was staggering to say the least.

Each arm alone probably weighed more than her entire body weight did back when she first started five months ago, not to mention their very width, which even now competed with her bulging waist for sheer muscle-packed girth. With her heart still beating hard from her workout, veins the size of corded rope bulged outwards from her recently trained muscles and her ill-fitting makeshift coverings threatened to break apart with each heavy intake of breath she took. Finding clothing that could last more than a day attempting to cover her immense size was practically an impossibility, and Klava simply had to use whatever scraps of leather she could find and make sure she brought spares whenever she needed to venture outside in case of an inevitable snappage accident.

Raising her hand to her head to wipe some sweat from her brow, she needed to brush aside the massive mane of hair she had accumulated over the months to do so. Too nervous to ask anyone to help with her hair, Klava simply let it grow over the time she began working out and the result was an unruly sea of earthy brown head hair that cascaded down to her neck. The best she could do to avoid the heavy strands getting in her way was to braid as much as possible, but even that has become more unmanageable over the last few months as the originally modest braidings grew into a tiered mass of brown hair that dominated the majority of her neck and ventured down to her chest.

But it wasn't just her hair she had to contend with. She now possessed a pair of curving ivory horns so large and thick that if it wasn't for her immensely powerful neck muscles Klava would probably be forced to the ground by their weight on her head. She had no idea how they grew so large so quickly, most minotaurs' horns were full size by the time they reached adulthood - and even now she could feel the curious bumps of a second pair developing out just behind her ears, a rarity only few minotaurs experienced.

The incredible effort of five months of nearly non-stop workout and exercise had granted Klava a body so gigantic and statuesque in its sheer size and mass that it verged on the point of ridiculousness. Yet... she was still nervous. Would this really be enough to get Ruslan's attention? Mustering up whatever courage she could find (and performing a few quick confidence boosting techniques recommended in the Overcoming Shyness book she had traded for), she took a deep breath and headed out to see him.