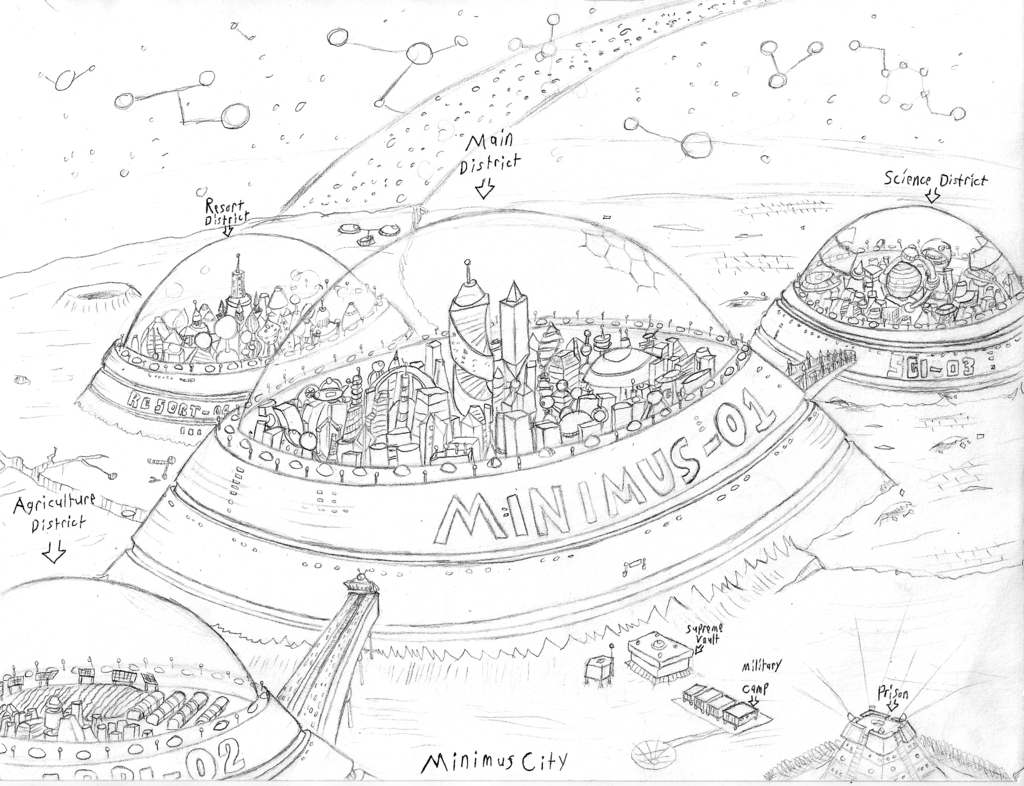 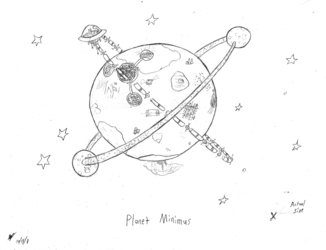 This is Minimus City, the grand capital city of the entire planet! It is a vast city with a proud history of its people and its longevity. It used to be one small town that was built in the desert, but has moved on and grown into the metropolis that you see today. It’s split into four domed districts, each one relating to what type of profession they cover the most. They each have three levels: L1, B1, and B2. The B2 level is used mainly for maintenence purposes such as electricity, plumbing, and climate control for each of the domes.
The main district is, as you may have guessed, the epicenter of Minimus City. It’s where you can find the capital and the headquarters for the Minimus Protection Agency, but it can also be where you can find various outlets from the media industry, such as television, radio, the news, advertising, and much, much more! This is also where political decisions are made, preceded by the Lord Mayor of Minimus and his council.
The Agricultural District is where the more biological happenings take place. You can find plenty of farms in this district that are used to grow fresh crops and produce for the people all throughout Minimus. And with the built in climate control, the farmers are able to grow crops all year round to meet the demands of the hungry populace. Level B1 in this district contains a vast majority of markets and food courts. If there’s anything you have a craving for, there’s no doubt you’ll be able to find all your edible needs there!
The science district is the most technologically advanced district of them all, and is home to many of the great scientists who aren’t afraid to discuss new ideas and plans to help the economy thrive and grow. It is also the most secure district, even more so than the Lord Mayor’s office! The reason behind it is that the main database within the district contains all valuable information pertaining to Minimus' citizens, locations, and history. It has to be protected from all sorts of viruses and hackers who plan to corrupt or steal that data for themselves! The B1 layer of the Science district is built to resemble a giant super-computer, keeping everything above ground stable and in top performance.
Lastly, the Resort District is probably the most highlighted section of Minimus City, based on what tourists have said about it. It is filled to the brim with high-class restaurants, beaches, casinos, and in the B1 layer of the section, there’s even a built-in theme park and aquarium! There are also hotels that reach high into the sky, so that everyone who stays can have a good look around the entire district, even outside the dome!
As you can see, every portion of Minimus City has a purpose. However, thanks to the rampaging mutants and the Synvasion force, that balance has been disrupted and could mean big trouble for the city of things get out of hand!