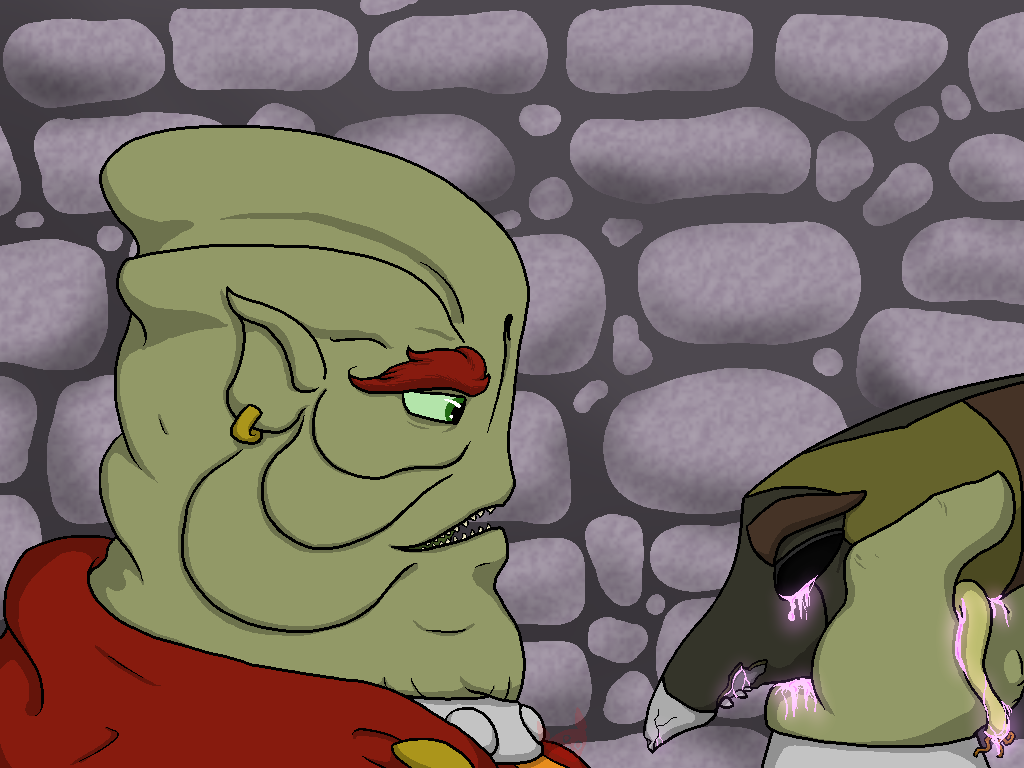 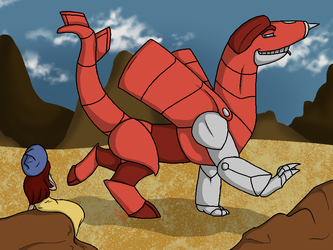 “Quite a brutal fight Megatron, then again you always put on a good show” Gyconi mused as he met the aforementioned mech in an alley behind the arenas, “Quite surprised you killed this fellow though, you could’ve always waited for me to get a worthy contender for you! Wasn’t this one meant to be the replacement for your other 'toy'? Star-whats-his-face? Yeller? In case you broke him and needed another?”

A little interaction between Lord Gyconi and Megatron.
For those not in the know Megs has a lot of shady back-hand deals with Gyconi, anything from supplying him with extra energy/materials for an advantage over Autobots to literal slaves.

Megs also views a lot of his men as 'toys', because in typical More-money-than-emotion he doesn't value the life of 'lesser beings' (AKA poor people, or those he don't like) and can replace them easily with more soldiers whenever he so pleases.
This also gives another glimpse of why he keeps Starscream around despite the constant betrayals. Starscream is entertaining, he enjoys tormenting him and loves the sound of his pained, broken screams.
Megatron is not a nice person in any respect.

Also yes, on a side-note, Megatron does have several replacements for Starscream trained up so he can get rid of his SIC whenever he's bored of him.