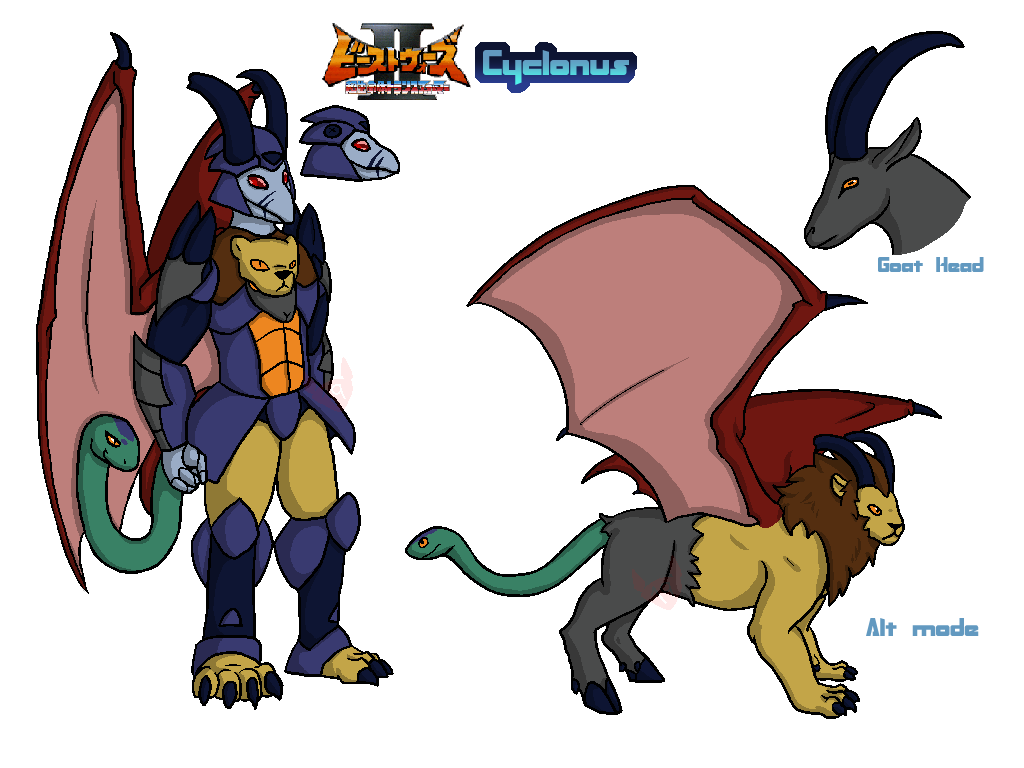 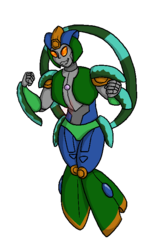 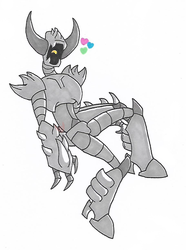 Name: Cyclonus
Height: 5.5m (not including horns)
Faction: Destrons
‘Role’: Knight
Alt mode: Chimera
Weaponry:
Leo shield - Cyclonus carries about a shield patterned with a lion face and the mane making up the majority of it. He can activate a force field for 20 seconds with it but it can be broken before the time is up.
The Capricannon - A medium-sized gun. Nothing special about it other than it having a goat theme.
Serpent Sword - Like most depictions of a knight Cyclonus wields a broadsword. The hilt looks like two snakes intertwined.

History:
Cyclonus didn’t have the noblest of starts.
Much like any Predacon he lived with the short-end of the social stick as the descendants of the ‘losers’ and struck out with life forever on the bottom end of the scale.

As such he became a rotten little punk of a mech, figuring out his size and strength made him perfect to ‘rule the streets’ and he became a infamous street punk, getting into fights here, there and everywhere earning a couple of scars along the way.
He was set out for himself and ready to rule the roost.

Naturally this soon lead to his eyes being set on the mysterious Angolmois energy and its strange properties.
Heading to Gaia he was dead set on remaining the strongest and scanned more than one creature in a big lump of a form, not a triple changer but a Chimera!

Power, grace, smarts, he was ready to take the power of this world!

It didn’t take long to find a geyser of the stuff erupting from the ground and he quickly laid claim to it as his. To be expected the Maximals arrived soon wishing too to lay claim to this small pocket of energy only to find this chimera guarding it like a demon to a horde, they were stunned to see such a creature. Without a second thought to the cosequences, seeing their symbol, the years he ‘lived’ under their control and nothing else he launched into an attack.
The Lion head’s physical prowess made him formidable to fight, their numbers seemingly not deterring him from the fight.

It ended however when Dirge and Thrust appeared, bungling their attack and causing an explosion in the energy the dispersed the entire battle.
Furious, Cyclonus attacked them both only just letting them go when he saw Predacon tech on them.

The news of this wild contender was abuzz between both sides but only one knew to step forwards.
Megastorm knew a new and powerful ally would serve him well, one not aligned to his brother, the perfect follower.

He sought the new fellow down and much to the confirmation of his suspicions he found a mecha with chimera parts. He announced his full title to them and demanded their loyalty, he was greeted with silence.
Cyclonus didn’t like being commanded and attacked him, it took plenty of running and excuses to finally get him to calm.
The leader of the Predacons has gone mad! No one has been able to dethrone him yet and he’ll destroy us all! He needs the warriors help to defeat him!

Cyclonus communicated in a way he knew he’d understand and flipped him the middle finger.

After this interaction, it was of no surprise he almost beheaded Starscream when the little jet invited himself in.
More knowledgable on what had just happened Starscream surprised Cyclonus.
He knew Cybertronian sign language and talked Cyclonus down.

He explained Megastorm was a no-good sleaze and there was nothing wrong with the Emperor and he’d be welcomed among the Predacons.

Cyclonus said he’d think on it.
He was invited to the Predacons, and found them welcoming but it was weird.
He was not used to being welcomed.
Especially by authority figures.
It was weird, it was strange… it was heartwarming.
Cyclonus found himself a new calling in life, he joined the Predacons on a mission and found himself glad to leap to their defence, shielding them from a Maximal attack.

When he was repaired a proud Galvatron gave him the title of a ‘knight’ and he found his home.
And found someone he wanted to truly devote himself to, someone he wanted forever and he began to woo his lord and Emperor getting a very giggly and blushy Galvatron falling for him back.