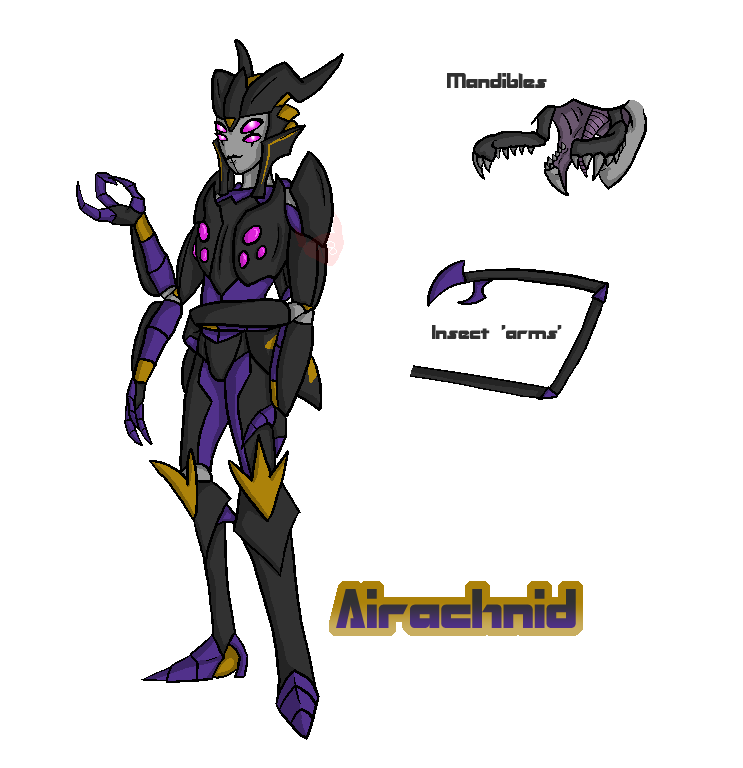 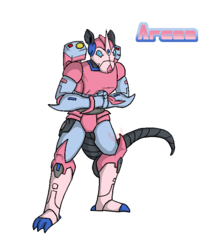 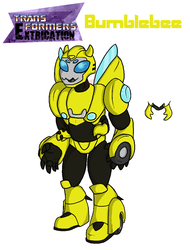 Yup! She's in the Extriverse too!

• Has a long-standing feud with Arcee after she killed her teammate/partner. Airachnid hardly remembers, only the important kills stick in her mind, this only upsets Arcee more.
• She wouldn’t say she has a gambling problem but she does love setting up betting pools and watching the stupid things people bet over (and taking a share of the bets herself).
• There are several rumours that she binds her victims up in her web and drains them of vital fluids. Airachnid loves letting people guess.
• She’s more used to a loner lifestyle and can get a little uncomfortable in big groups for so long.
• Unfortunate she has a "command module" within her that lets her effortlessly lead any leaderless Insecticon swarms with nothing but a few words.
• She wishes her sister inherited the command module instead of her... She misses her.
• She likes to be aware of as many things/happenings/events as possible just in case one should turn interesting.
• As such she is very perceptive and takes a note of the behaviours of her ‘teammates’.
• A skilled and adept hunter, she likes taking skulls as trophies of her winnings.
• She came to Chaar with the intent of potentially taking a Unicronian life and adding their skull to her collection, however, she came to find they were actually leading the Decepticons now and weren’t wild, mindless demons/creatures like a panicked Autobot prisoner had claimed.
She still took a Sweep skull from one of their corpses.
• Has “girl chats” with Galvatron.
• Was a bit surprised to find herself so heavily the object of Scourge’s affections.
• It was nice being called “Queen” though, so he won her over there.
• Not so nice to wake up to a chewed Zap-Mouse being left at the foot of her bed like a ‘gift’.
• Like all Insecticons, her mouth opens up to show mandibles.
• She’s very capable of handling her high-grade and is known at a few bars around the galaxy, so she can give a good recommendation if you want a night out. Just hope she likes you and didn’t lie and send you to the worst bar/area she knows.
• She’s naturally a bit prickly and aggressive/closed when it comes to contact so a lot of the time it does seem like she and Scourge do nothing but pick at each other. Pay real attention and you know it’s not the case.
• Her sister had a sparkling... Never met them.